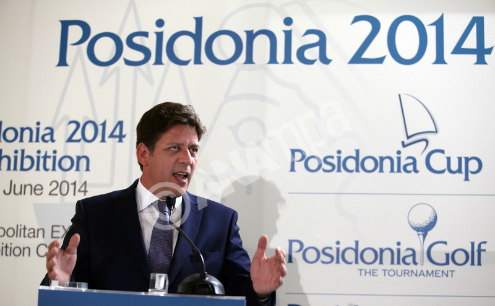 Thirty-five Cypriot companies are participating in the world’s most prestigious shipping exhibition, Posidonia 2014, which opened recently at the Athens Metropolitan Expo.

According to the organisers, Posidonia 2014 is the biggest shipping expo in the event’s long history, as more than 1,800 exhibitors and some 19,000 visitors from 93 countries and territories will attend.

Theodore Vokos, Executive Director of Posidonia Exhibitions S.A, told CNA that the exhibition is “the biggest of its kind in the world in terms of the number of exhibitors participating in it” and added: “Large participation is proof of Greece’s changing image”.

A total of thirty-five companies from Cyprus’ shipping industry are participating in the expo. Also taking part are: the Cyprus Port Authority, Cyprus University of Technology, VTT Vasiliko Terminal Services and the Maritime Institute of the Eastern Mediterranean.

The largest national participants are China, followed by Korea and Japan, while this year Hong Kong is making a long-awaited comeback after a ten-year absence, with Turkey returning after 2006 and Georgia making its first-time appearance.

The Posidonia 2014 was inaugurated by Greek Prime Minister Antonis Samaras.