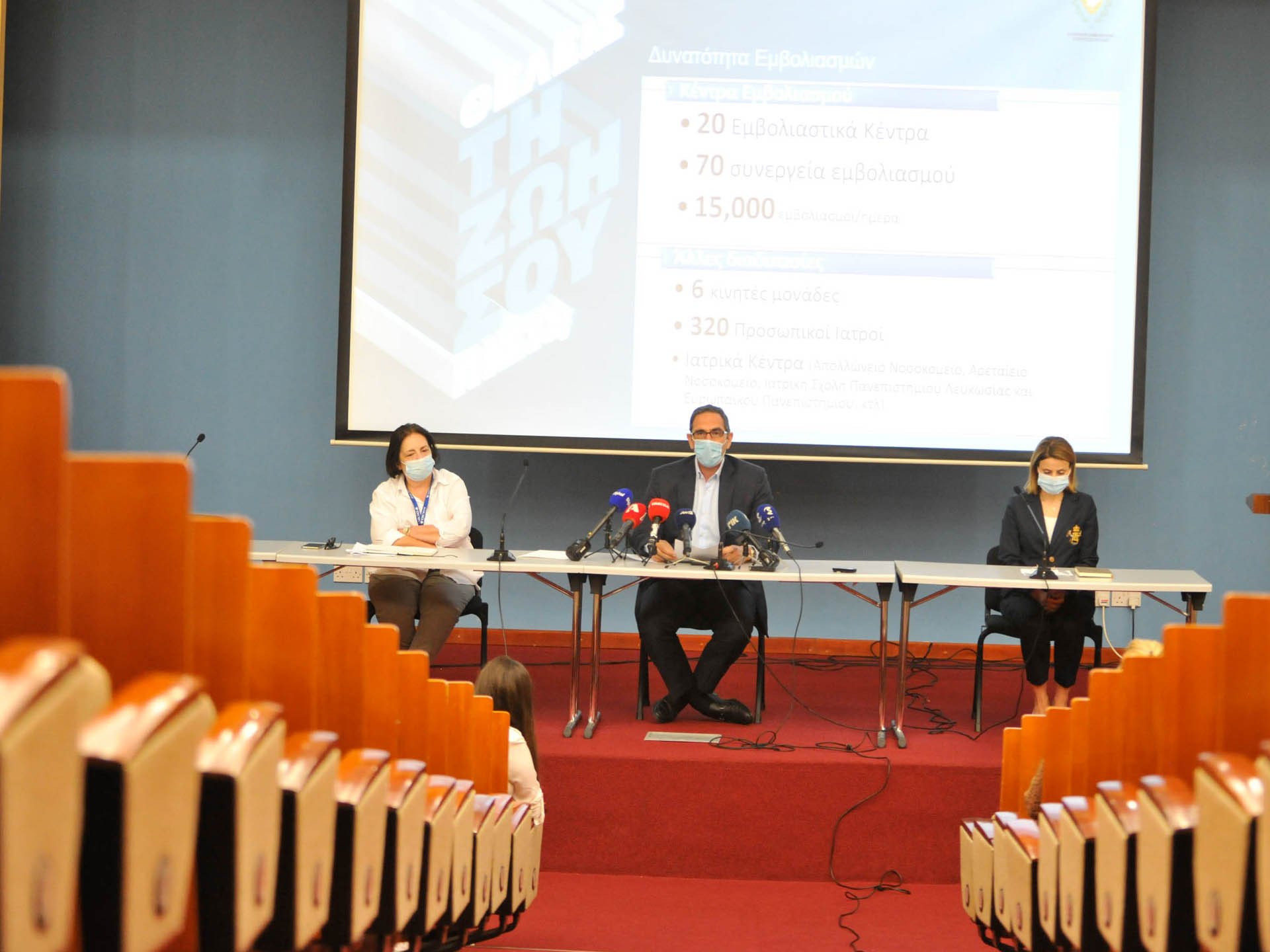 Day by day, more and more people are trusting the vaccine against the coronavirus, Health Minister Constantinos Ioannou said on Tuesday, while announcing the completion of the first round of vaccination appointments.

The goal of vaccinating 65% of the population with at least the first dose of a vaccine by the end of June is achievable, the minister said.

“The wall of immunity is being built at a fast pace, so that as soon as possible we shield our health and return to a functional daily life,” he added. “The fact that vaccination reduces the infection and the development of serious illness by about 95% is now recorded also in our country.”

Ioannou said that in the coming days, the portal will open again starting with the age groups who have had only one opportunity to schedule an appointment and for whatever reason did not manage to do so.

Despite the initial reservations and concerns of some people, which he said, in their majority were understandable, day by day more people trust the vaccine and recognise that it is essentially the most effective tool to deal with the pandemic.

Cyprus, he said, is among the few countries internationally that has given people the option to choose the date, time and vaccination centre.

Admitting that there have been mistakes, the minister said that the results recorded by Cyprus “allow us to be proud because as a country, as a people and as a state, we have put human life as the top priority, especially of the vulnerable groups of the population and we have managed to reach where we are now.”

Increased testing and the measures taken resulted in being able to deal with the pandemic with the fewest days in the EU under a strict, full lockdown, he added.

“We limited our losses and kept Cyprus among the EU countries with the fewest number of deaths,” Ioannou said. He added that Cyprus has the second lowest mortality rate among EU countries.

The minister said that on Thursday, people who were vaccinated with AstraZeneca will start to be notified for a reschedule of their appointment for the second dose.

Asked about the Indian variant detected in the UK and the arrival of tourists from Britain, Ioannou said that his ministry sends samples weekly to the ECDC to see whether the variant is in the community but recalled that Cyprus takes strict measures at the airports while many countries are in the red category with the prerequisite of two negative PCR tests.

As regards third countries placed in the grey category such as India, he said, people granted permission to come to Cyprus must also self-isolate for 14 days.

The minister said however that this does not ensure that this or other variants will not be found within the community, hence the importance of vaccination.

Answering a question on a third dose of the vaccines, the minister said there is no discussion on that for now as nothing has been scientifically proven while the European Medicines Agency has not issued any advice for a third dose.

He said that Cyprus has the capacity for a third dose if necessary since it has ordered four million doses.