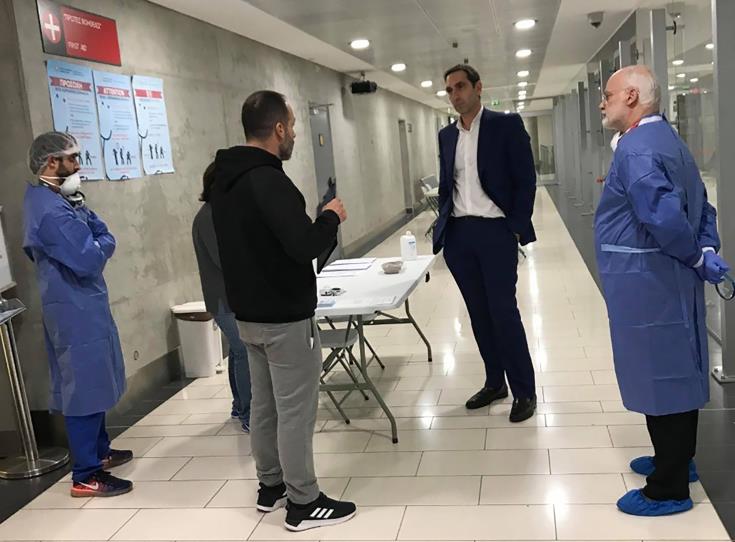 “Two of the 50 samples were positive, so these are the first cases of the coronavirus in Cyprus…there is no need to panic,” said Ioannou.

He said self-hygiene was the best defence against the virus and urged anyone who has travelled to a country with a coronavirus outbreak and has symptoms of the disease to self-isolate.

The 25-year-old, from Limassol, was tested at Larnaca airport on returning from Milan on February 26 and was in self-isolation when he tested positive.

But the 64-year-old – who returned from the UK on March 3 – had started showing symptoms of the deadly virus for several days before reporting his case to the health authorities.

“What’s regrettable is that he didn’t report his symptoms until five days later…this creates a problem in trying to trace who he came into contact with,” said Ioannou.

Cyprus was the last European Union member state to have no cases of the novel coronavirus but Ioannou had said it was always a matter of time before it reached the Mediterranean island.

The older man wasn’t screened at the airport because at the time Britain was not considered a high-risk country, said Ioannou.

Ioannou said all protocols were followed for dealing with coronavirus.

The other cases tested for coronavirus on Monday were all negative including National Guardsmen and a suspect held in police custody.

A group of private school students and their teachers were also cleared.

They had travelled from Larnaca to Barcelona in a transit flight via Athens, with a flight attendant who was tested positive for Covid-19.