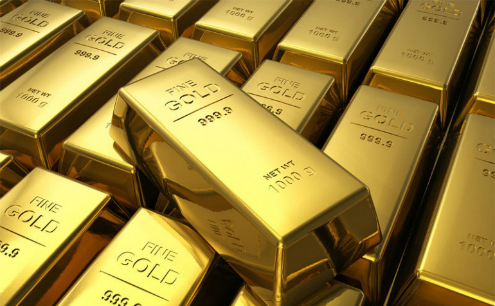 Cyprus could export gold bars in 2016

Cyprus could be an exporter of golden bars in May 2016 as investors are waiting for the green light from the government to start constructing a precious metals refinery plant in Aradippou.

Khrysanera Ltd in association with Tenova Bateman, a specialist engineering company, has proposed the establishment of a gold refining/finishing plant in the second Industrial Area of Aradippou, with a capacity of around 100 tons of gold per year.

The company will import doré bars, semi-pure alloy of gold and silver and other metals, usually created at the site of a mine, and produce 24 carat gold (99.99% purity).

The initial capacity of the gold refinery will be 50 tonnes per year although space is allowed for expansion to 100 t/year if conditions allow.

The plant will be among 56 other such plants in the world, with the biggest ones in Dubai, London, Rome, Switzerland and Africa.

According to sources, Cyprus was chosen because of its location, close to Asia and Africa and because it was deemed a safe location for the gold to be transferred to and from the refinery plant.

The plant will employ around 70 people, mostly locals, who will be especially trained.

According to the company’s environment report no negative impacts or effects to the environment have been revealed through the examination of the process details, the materials involved and the way of operation.

It adds that almost all ‘waste’, being material of value, will be exported for furtherprocessing and recovery. The remaining minor effluent solution will be removed by a waste disposal contractor.

The water that will be used for its operation, some 6,500 tons per year, will be recycled and used for irrigation.

All documents requested have been submitted and investors are waiting to receive the building permit, and once granted the establishment is expected to be completed and operable within 12 months from the day constructions begin.