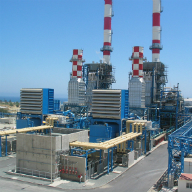 Over the course of the next seven years (2014 to 2020), Cyprus may raise some €80m from the auctioning off of carbon credits, says the minister of agriculture and the environment.

The proceeds would come from selling surplus carbon allowances, or credits, to other EU countries given that Cyprus would remain below its emissions quota, said Minister Nicos Kouyialis. He was speaking after a meeting of the Cabinet which decided, among others, the establishment of a ‘Green Development Fund’. Kouyialis said the fund would be used for ‘green projects’ – such as investing in electric buses, energy-saving buildings, and R&D in renewable energy sources – aimed at further lowering the island’s carbon footprint. The various projects would also create jobs geared at young unemployed people, the minister said. The special fund, as well as a fleshed-out policy plan, would be set up by springtime 2014.

From 2014 to 2020, said Kouyialis, the island’s ‘low emissions’ would allow it to auction off its carbon allowances, raising approximately €80m during this period, and perhaps as much as €110m.
But as far as power production is concerned, Cyprus goes well beyond its EU carbon allowances. Back in September 2011 the island requested from the European Commission a temporary exemption from the rule that full auctioning of EU ETS allowances would apply from 2013 in the power sector. The Commission accepted Cyprus’ request, clearing Cyprus for about 11 million ETS carbon credits – or EU allowances – for 2013 to 2019. These carbon credits were to be allocated for free to power plants during the period in question. But the electricity sector here has always exceeded its emissions quota. Antonis Patsalis, head of production at the Electricity Authority of Cyprus, said that each year the power utility emits some 4 million tonnes of carbon.

One carbon credit corresponds to a tonne of carbon dioxide. Thus for the eight-year period (2013 to 2020) the Cyprus power sector will roughly generate a total of 32 million tonnes of carbon, or 32 million carbon credits – well above the €11 million free allowance. The EAC has to buy the extra credits on exchanges. A country’s emissions quota is not limited to the power sector; it also includes heavy industry (such as cement factories) and transport. It was thus not clear whether the minister was referring to these other sectors when saying thatCyprus would be able to ‘save’ and sell credits. Also not clear was how the minister arrived at the €80m figure; Kouyialis could not be reached for comment.

Cyprus participates in the EU Emissions Trading System (ETS), launched in 2005, that works on the 'cap and trade' principle: there is a 'cap', or limit, on the total amount of certain greenhouse gases that can be emitted by the factories, power plants and other installations in the system. Within this cap, companies receive emission allowances which they can sell to or buy from one another as needed. The limit on the total number of allowances available ensures that they have a value.