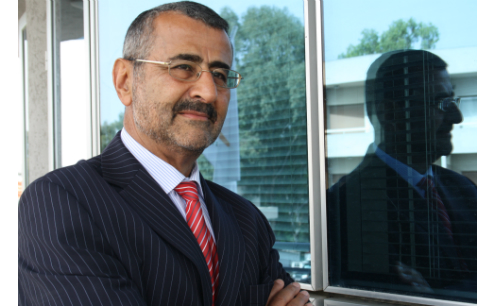 Cyprus is going through exciting times in the energy sector, how significant is the discovery of natural gas reserves in Cyprus’ Exclusive Economic Zone (EEZ) and what is your vision for this new boom industry?

A natural gas discovery estimated to be around 7 trillion cubic feet (tcf) was made in block 12 of Cyprus’ EEZ by American company Noble Energy in December 2011. The find could be enough to meet Cyprus’ domestic gas demand for around 100 years. The entire natural gas reserves of Cyprus are an estimated 60 tcf and even if we only find half of the estimated reserves, it is still a substantial amount of gas to boost the Cypriot economy with export revenues and to reduce the domestic energy bill. In the next few years, companies such as Noble, Eni, Total and Kogas will be spending around US$2 billion between them drilling in our waters and it is crucial that we are ready to facilitate production and export. In addition to the LNG Plant, my vision is to secure a substantial plot of land in the Vassilikos area to allow us to build a logistics and supplies centre big enough to service the whole Eastern Mediterranean region and to provide a concentrated space for international companies to set up operations in Cyprus, using the island as an energy export hub.

Liquefied Natural Gas (LNG) exports could bring substantial revenue to Cyprus, what are the key export markets for Cyprus and is there room for Cypriot gas amongst the established global suppliers?

There are two obvious markets based on the current composition of energy companies in Cyprus. Total and Eni are setting up here to service their own markets in Europe – namely France and Italy, where they also have their own LNG terminals. South Korean Kogas operating in Cyprus opens the Far East market for us, which is currently one of the best options and even though many say it is locked to Australia, Cyprus LNG will be cheaper. Despite Australia being a world leader in the LNG industry, their LNG is comparatively expensive due to high construction and labour costs, which opens up opportunities for other suppliers. The US will also be a big player in the LNG field, but if you look at the energy needs of Europe and the Far East there is room for Cypriot gas in these markets.
According to current projections, Europe will need around 100 billion cubic metres (bcm) of additional gas every year by 2025. Europe needs to diversify its energy supply sources and the Eastern Mediterranean corridor is a viable and secure alternative. With our significant reserves, an LNG hub in Vassilikos would provide a good conduit of gas to Europe from a fellow EU member state. To put it into context based on current projections,Cyprus alone could provide up to 30% of Europe’s additional gas needs by 2025 and if we also take into account the reserves of Lebanon and Israel, the Eastern Mediterranean could supply up to 50% of Europe’s additional gas needs. This is a significant contribution and Europe should recognise this as a separate secure source of energy.

How do you see the cooperation in energy developing between Cyprus and neighbours Israel and Lebanon?

There is increasing interest between Cyprus and its neighbours to cooperate in the energy field. Cyprus could be the mediator between both Israel and Lebanon in regards to energy and provide an ideal base for LNG exports. Cyprus is a secure location for Israel to export its gas through, as their terminals and plants would be potential targets in their own country due to regional instability. Our relationship is very strong and we are discussing opportunities for cooperation. Lebanon is a bit further behind in the exploration process, but has strong interest to route their LNG exports via Cyprus. We would provide a convenient base for Lebanon due to domestic security issues and challenges in developing the necessary infrastructure because of their limited available coast line.

The hydrocarbons industry is very new to Cyprus. Do you have the necessary expertise to successfully develop this sector?

Cyprus does not have a lot of expertise in oil and gas, but this is not an obstacle to successfully develop the sector. The gas fields are in our waters, however the companies developing the fields, designing the facilities, constructing the infrastructure and buying the gas are all international – our job is to ensure support and have the ability and space to facilitate the energy companies we are inviting to Cyprus and construct the necessary offshore installations, supply and logistics infrastructure to support this new industry.

What investment opportunities do you see in the energy sector and how will these developments support the Cypriot economy?

There are many long term investment opportunities in the hydrocarbons sector. In addition to a US$6 billion LNG plant at Vassilikos, the offshore installations and subsea pipeline from Aphrodite will cost another US$4 billion.  We will also need investors for additional major infrastructure projects. The initial construction phase of the LNG plant and the first train will take four years, but we will be adding more trains. A train is the equipment needed to liquefy the gas and export it from one offshore block, with capacity of about 5 million tonnes of LNG per year. Noble and Delek will be the first one to have a train to the plant, soon after Eni, Kogas and Total will be adding their trains, then possibly Israel and Lebanon. I can envisage construction work going on for over 15 years.
Currently, we have sufficient land to build three trains, but there is potentially more land to be secured by the government to construct around eight trains, which are necessary as we need at least one train per gas field. Noble and Delek on their own need one train, but there is a second gas field in block 12, which means they will most likely need more trains. Eni and Kogas have blocks 2, 3 and 9. We believe block 9 could be our most prolific block, meaning we might need four trains. If Israel and Lebanon also decide to use Cyprus to export their LNG, we will need additional trains for their gas.
In the longer term, if we start getting significantly more gas than our current estimates we can diversify and create other industries utilising gas. We already have proposals from companies to set up energy intensive industries in Cyprus, producing products such as aluminium, petrochemicals and electricity.
There will be a continuous flow of construction work and once operations start there will be more employment opportunities. Based on experience from other countries, every job directly involved in the gas sector will create five more jobs in support services. Initially, the majority of the jobs created will go to foreign workers due to their expertise in the sector, but if we can employ 25% Cypriots on the project it is still a big number considering the population of Cyprus. If the construction of the LNG plant and the first train directly employs 7500 people, that could mean close to 2000 jobs for Cypriots. Now multiply that number by five for support services and we could create up to 10,000 local jobs. This is a significant boost for the Cypriot economy and it is crucial we get our projects underway as soon as possible.

How will Cyprus finance the construction of the LNG infrastructure considering the current economic state of Cyprus?

Cyprus is not taking the financial risk as we are not investing the money. The companies themselves will finance their trains, but we are exploring financing possibilities for the extensive infrastructure on land. I am a strong advocate of Cyprus having the majority holding of the LNG infrastructure, because the oil and gas sector will be the centre of everything in Cyprus for the next 50 years. It will create both employment and a significant industry around it, and it is vital we have a say in how this sector will develop. One proposal is that Cyprus will provide the land on which all the infrastructure will be built and use the long-term LNG sales agreements as security. Cypruswill not be borrowing the money, the investors will, but with our shares of the contracts as security – and given that our share will be approximately two thirds of the gas and related profit it is significant collateral.  It is in our interest to help the companies to make a healthy profit from our hydrocarbons, as roughly speaking for every euro they make we make two.

There have been proposals to list CNHC on the stock market in a bid to raise capital for the building of the LNG infrastructure, what are your views on this?

CNHC should be listed on the stock market eventually, but it is a government decision and not an immediate priority. Listing the company now will not create a significant benefit, because it would be difficult to value the company when we have yet to confirm the estimated reserves. We would be giving away a majority of the shares for next to nothing. The real priority is to construct the first trains, establish a solid industry and begin LNG exports by 2020.

There have been discussions about the Natural Gas Public Company (DEFA), which is the domestic distributor of gas, merging with CNHC. Is this a viable possibility?

Combining DEFA and CNHC is being reviewed and a decision should be made in the next month. Working together in developing the oil and gas sector is important, but as in the rest of Europe, companies like DEFA have a specific role as domestic distributors and under EU requirements should retain their distinct character as separate companies. However, before we actually begin distribution of gas, it would be more effective to keep DEFA as a subsidiary of CNHC and once the sector is established we should consider reinstating DEFA as its own company.

How do you see Cyprus’ energy sector developing in the near future?

Cyprus has the capacity to become the leader in developing the Eastern Mediterranean into a major energy hub, but it is now crucial that we go ahead as planned with the LNG plant, create the final master plan for the Vassilikos energy centre and secure enough land to develop the necessary infrastructure. Once Total, Eni and Kogas – and hopefully Israel and Lebanon in the future – want to begin export we must be ready to facilitate their needs. If we can successfully achieve this we can fully exploit our new-found energy wealth.

Dr. Charles Ellinas is a civil engineer and has been working in the oil and gas sector for more than 35 years in the UK and Middle East. Before taking on his current post as Executive President of the Cyprus National Hydrocarbons Company (CNHC) in January 2013, Dr. Ellinas was a main board member and Managing Director of Oil, Gas and Petrochemicals at the multinational Mott MacDonald, an engineering consultancy and project management company. The CNHC started operations in January 2013 and is a private company fully owned by the state with the responsibility of developing and running the oil and gas sector of Cyprus.