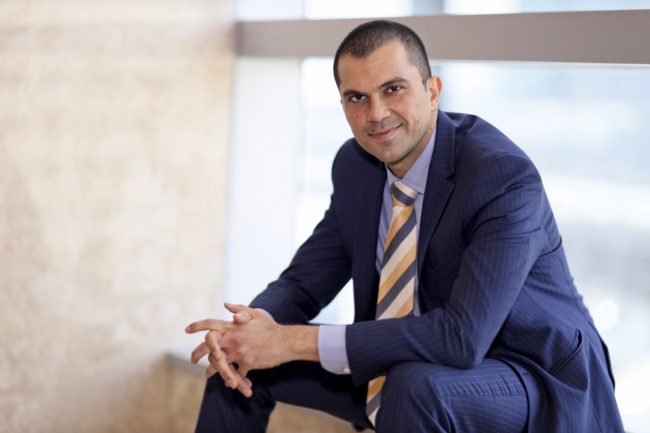 This winter, for the first time ever, Cyprus is going to create a Christmas Village, Deputy Minister for Tourism Savvas Perdios told the Cyprus Mail in an interview on Monday.

“The village of Agros, in the Pitsilia region of the Troödos Mountains will be completely converted into a a Christmas Village and Christmas Market, along the lines of what people find in destinations like Vienna, Budapest etc.

The village will open in the last week of November and close in the first week of January, so it will be available for a period of six to seven weeks.

Nothing like this has ever happened in Cyprus before. It’s the first time that we’re doing it. And we will be promoting it as part of our strong promotion of winter tourism here,” the minister explained.

‘Heartland of Legends route to open in September’

In September, the ministry will also launch the “Heartland of Legends,” also intended to promote rural tourism.

“This will be a route of almost 500 kilometres for authentic experiences which passes through the mountains in rural areas of Cyprus.

It’s a route where tourists will be able to go and meet with local families, local artisans, see how they make local crafts or local delicacies.”

This type of tourism has become increasingly popular, particularly among affluent travelers, experts say, as it provides an in-depth understanding of to experience authentic local lifestyles, customs and culture.

“I think this is something that is completely new, especially for the Mediterranean region. We’ve been working on it for 18 months. And finally we are ready now in September to launch it.  And there will be something for everyone in every one of the villages along that route. We expect it  to grow organically,  with  more and more villages and more and more and more businesses being added to to it.”

Promoting winter tourism will be a priority for the ministry, Perdios said.

“I want to point to our international roadshow. As a ministry, we will be visiting several countries for a period of six months, starting in September, and the whole point is to create awareness about Cyprus the destination, not only for summer 22, but also for this upcoming autumn, winter and spring,” he said.

Which markets are likely to take to winter tourism in Cyprus?

“It’s the nations that do travel during the winter,” Perdios says.

“Germany is one, and, in fact, northern Europe in general is a good market for winter travel. Eastern Europe too, to some extent. France is very promising, as are Switzerland and Austria, certainly the Nordics. We will also be looking at Italy, Netherlands and Belgium.

The UAE is promising as well, and I think there is a lot of potential there along with the other Gulf countries. We’ll also be looking at Saudi Arabia. Israel is clearly a market as well.”

Subsidies for airlines are increasing arrivals

Now that residents of EU Member States who are fully vaccinated may travel to any country in the Union without fear of restrictions — and return with the same assurance, travel to Cyprus is picking up gradually, Perdios notes.

“From our perspective, what’s also very important is that the vast majority of the EU market has been vaccinated. I expect that over the next few months, around 70-75% of EU citizens will have been vaccinated.

When people have been vaccinated, it doesn’t really matter whether a country has high case load or not. The important thing is that being vaccinated, they will not face restrictions going back to their country, and they will not face restrictions to their destination or their destination. So this creates analytical stability, which is very important for travel.

And also I remind you that since the first of March for the EU, and first of April for third countries, Cyprus is allowing travelers from 70 countries to enter without quarantine if they have been vaccinated.”

Subsidies for airlines are increasing arrivals

In an effort to bring in more tourists, the government invests about €6.3 million in subsidies for airline capacity — EU rules permit about €800,000 per airline, Perdios confirms.

“Yes, the incentive scheme has, been extended until the end of the year by the EU,” Perdios says. “And it’s going very well. I mean, we try to help out in any way we can. It’s obvious that airlines still need the support. I think that if it weren’t for this support,  a lot of airlines would probably choose not to fly because they are flying with low lower load factors — number of people on planes — than they have been used to. So I think in this transitional phase for travel, it has been very important that for the past 18 months, we have been helping out in this way.