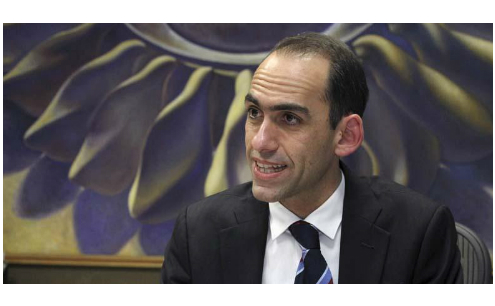 Cyprus currency controls expected to be lifted ‘within weeks’

Cyprus Finance Minister Haris Georgiades said he anticipated the currency controls, imposed after a chaotic bailout last month and which led to a lockdown of the banking system for 15 days would be eased in "days or weeks". Asked during a Reuters interview published yesterday whether measures would be eased in two, or six months, Georgiades said: "Definitely not six months. I am optimistic we shall be able to proceed much sooner."

Capital controls were imposed at the end of March to prevent a flight of funds from a banking system flush with cash from Russian and European businesses, but also from many overseas Cypriots. Now islanders are on a cash withdrawal limit of €300 a day and have a €2,000 ceiling on what they can take abroad, while businesses cannot make transfers exceeding €20,000 overseas unless they are vetted by the central bank.

Firms have complained the restrictions are stifling, while Russia has warned it will only restructure itsown loan to the island if its interests are protected. Cyprus received a 2.5 billion euro five-year loan from Russia in late 2011. Russia had previously said it was ready to restructure the terms by extending the credit and cutting interest to 2.5 per cent from an earlier 4.5 per cent. "I am pretty confident these necessary but temporary measures will not be needed in the next days or weeks," Georgiades said.

The minister also said the sale of the island’s gold reserves is not being given priority under the international bailout agreed this month and the government is still exploring all options to meet its side of the deal. Cyprus' agreement to sell €400 million worth of gold reserves was one of several shockwaves progress towards a bailout sent through European financial markets earlier this month. The amount is small but the precedent of a eurozone central bank being pushed to dispose of some of its reserves helped drive the biggest fall in gold prices in 30 years. Investors worry central banks in some of the eurozone's struggling larger economies could eventually be pushed to follow Cyprus' example. But while Georgiades said the gold sale was one of several commitments to the island's international lenders, he said it was not an issue which took priority.

"We shall do whatever it takes, we shall meet all fiscal targets. I am sure we shall succeed in gathering the amounts which remain our responsibility in order to avoid any need to come back with a new (adjustment) programme," Georgiades said. Asked whether the sale would be reconsidered if the amount elsewhere, Georgiades said: "So long as we are able to meet the financial element of our commitments I think all possibilities should be explored and they will be explored”.