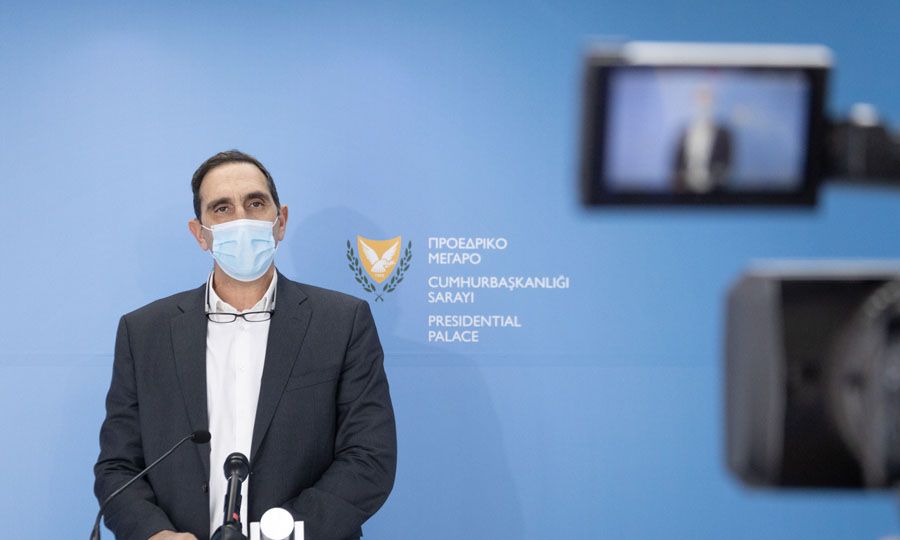 After a tough debate amongst ministers over how the government ought to respond to a deteriorating pandemic situation, a proposal for a short and partial lockdown was approved at the last minute after the Cypriot health minister ascended his Calvary to secure a lockdown ahead of Orthodox Holy Week.

Health Minister Constantinos Ioannou, who had been insisting on a lockdown ahead of Greek Orthodox Holy Week in response to a worsening situation over COVID-19, announced Friday afternoon that a new lockdown would go into effect on April 26, the start of Holy Week in the Republic of Cyprus.

“The situation calls for difficult decisions and drastic measures,” Ioannou said in a televised statement to the public.

Current April measures will be suspended starting Monday morning, April 26, at 5am when special lockdown measures will go into effect through midnight Sunday on May 9.

Lockdown measures will include a night curfew daily from 9pm through 5am, except on Holy Saturday when night curfew won’t start until 1am.

Legitimate outings that fall under categories of movement in exceptional circumstances will be reduced to one per day per person, meaning people need to send an SMS notification to Text Service 8998 before going out up to once a day.

A ban on indoor and outdoor public gatherings will also be in effect throughout the duration of the two-week lockdown, except for home gatherings on Easter Sunday when up to ten people including young children from no more than two different family households will be allowed to mingle.

Church services won’t be open to the public during the lockdown except for Easter Sunday service, when up to 50 individuals will be allowed to gather in the church courtyard.

Additional measures during the lockdown include closings of restaurants except takeout and delivery, closures of theaters, gyms, barbershops and hair salons, spas and beauty parlors, dancing schools, and tutoring lessons.

Previous reports said most ministers had sided with Ioannou who favored all along a strict lockdown for two weeks, while ministers of finance and labor opposed the idea citing problems with new economic measures that would have to go along.

Health experts were called back to the Presidentail Palace Thursday evening to weigh in on whether they favored extending current measures or introducting lockdown restrictions.

Maria Koliou, who serves on the government’s pandemic advisory committee, had told state television that the situation in state hospitals was “so marginal that we could reach a point where we might have to choose who will live.”

No compromises on human lives

Ioannou echoed Koliou’s view, with the minister saying the administration did not wish to make compromises but instead wished to deliver health care to all citizens equally.

“This lockdown will help us achieve that goal by containing the spread at least partially,” Ioannou said.

A large number of daily cases recorded over the last few days came with a rise in the national positivity rate, climbing to 1.67% on Friday.

According to Kathimerini Cyprus, Nicosia and Larnaca saw their rates doubled in just one week, while younger or middle-aged people were being hospitalized with serious cases compared to senior citizens previously.