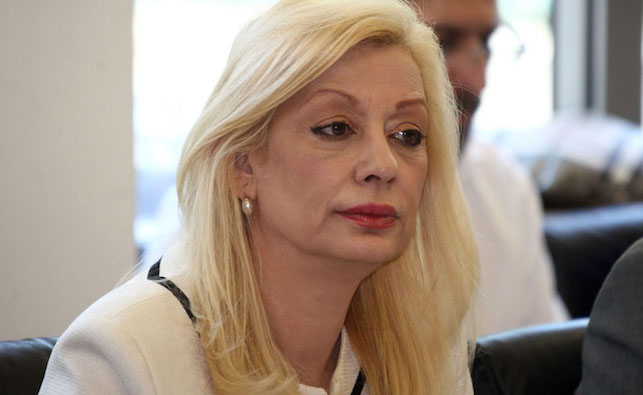 Three days of mourning in honour of former Labour Minister Zeta Emilianidou were announced by cabinet on Wednesday as they further detailed that she will lie in state prior to Friday’s funeral.

Cabinet honoured Emilianidou with a minute’s silence and white flowers, a white candle and a framed picture of her at the seat she typically occupied at the meetings.

The passing of the political stalwart, on Monday night, has also led to the decision for flags to stay at half-mast at state buildings until the funeral, along with the postponement of all public events which include members of the government.

Cabinet also decided that the late minister will be buried with the honours of an acting minister and that the state will pay for the funeral, which is to be held at Ayia Sophia church in Strovolos. She will lie in state between 8am and 10am, with the funeral to be held at 11am.

It was also announced that whichever civil servants wish to attend the funeral may do so, including teachers and members of the national guard.

A condolences book will also be made available at the labour ministry and will be open between 12am and 3pm on Wednesday, 9:45am and 3pm on Thursday and Friday between 8am and 3pm.

Anastasiades and other members of the cabinet will sign the condolences boot at 9.15am on Thursday.

Emilianidou spent three weeks in a medically induced coma in the ICU of the Ygeia medical centre in Athens after suffering a cerebral aneurism on May 15. She was transported there by emergency air-ambulance for treatment, where she underwent a lengthy surgery.

Anastasiades spoke with members of Emilianidou’s family on Tuesday to convey his deep sadness on the loss of a friend, minister and associate, the presidency said in a written statement.