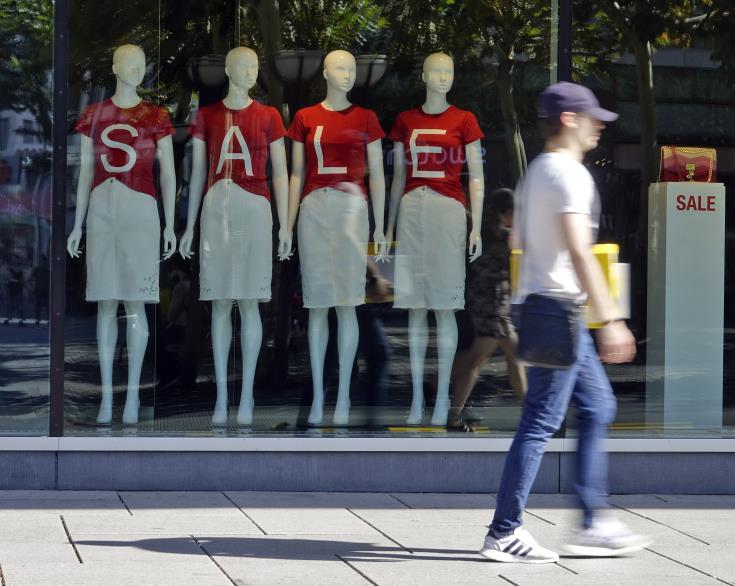 Cyprus economic growth is expected to decelerate in 2020, with real GDP dropping from 4.1% in 2018 and 3.4% in 2019 to 2.8%, due to faltering confidence, risks related to bad loans and rising state payrolls, the University of Cyprus Economics Research Centre forecasts.

The growth forecast for 2020 is close to the projections released by the Central Bank of Cyprus, the IMF and the Ministry of Finance (2.9%), but slightly more optimistic than the projection published by the European Commission (2.6%).

The ERC monthly Economic Outlook for January expects real economic activity to continue to increase at robust rates in 2020, albeit at a slower pace compared to 2019.

The drivers of the outlook include the recent robust economic performance in Cyprus, low inflation and supportive financial conditions.

Nevertheless, the forecasts have been revised downwards compared to those in the November issue.

The downward revisions reflect the moderation of the growth momentum in Cyprus and the EU, particularly after the second quarter of 2018, and the faltering of some leading indicators, especially domestic and European economic confidence indicators.

The ERC report said: “Downside risks to the projections may stem from slower progress with private sector deleveraging and slower progress with the reduction of NPLs [non-performing loans]; these risks could be accentuated in an environment of low profitability in the banking sector.

The high level of public debt together with the strong link between bank and sovereign risk and potential pressures to public finances continue to pose risks to the outlook.

Fiscal pressures could be associated with court rulings on the reversal of past public sector pay cuts, rapid growth in the public sector wage bill and the newly introduced General Health System.

“Other downside risks could arise from weaker-than-expected growth in the euro area and the UK, as well as from rising geopolitical tensions in the eastern Mediterranean.

In particular, downside risks may result from weaker-than-expected demand for tourist services due to renewed Brexit-related uncertainty regarding the future relationship of the UK with the EU.”

Upside risks to the outlook are associated with a higher degree of materialisation of investments than that reflected in the predictors, as well as stronger-than-expected growth in Russia.

Nevertheless, growth in 2020 is forecast to ease as a result of both domestic and external factors.

In the first three quarters of 2019, real GDP and employment registered robust growth rates, but lower than those recorded in 2018.

“Inflation remained low throughout 2019, particularly in the second half of the year. The conditions of subdued domestic and foreign inflation are found to support growth in the short run,” the ERC Economic Outlook said.

It added, “the evolution of European survey indicators during 2019 is found to weigh on the growth momentum in Cyprus in 2020.”

Expansion of loans, albeit modest, together with the decline in the stock of NPLs, and steady growth in deposits, showed improvements in the banking sector, contributing to favourable growth prospects.

“Throughout 2019 economic sentiment in Cyprus remained above its long-run average; also, confidence in the construction sector improved significantly.”

Despite construction enjoying continued support, the outlook said “confidence among consumers, and among firms in retail trade and services has weakened…moderating the growth momentum.

It was revised downward from 1.2%, driven by negative inflation rates in the second half of 2019.

Downside risks to the inflation outlook are associated with slower growth and downward pressures in international commodity prices.”