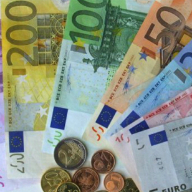 The Cyprus economy contracted at a slower pace than originally estimated between July - September of 2013, recent figures show.

Third quarter gross domestic product (GDP) shrank by 5.3% in real terms over the corresponding quarter of 2012, an improvement on the original estimate of a 5.5% contraction. It is the ninth consecutive quarterly contraction for the Cyprus economy on an annual basis. The contraction began in the third quarter of 2011 and the economy of Cyprus entered recession in the second half of 2011.

Based on seasonally and working day adjusted data, GDP growth rate in real terms is estimated at 5.6%, compared with the third quarter of 2012. Preliminary figures released in November, predicted a shrinkage of GDP of 5.7%. Compared with the second quarter of 2013, the contraction of the economy stood at 0.8%.