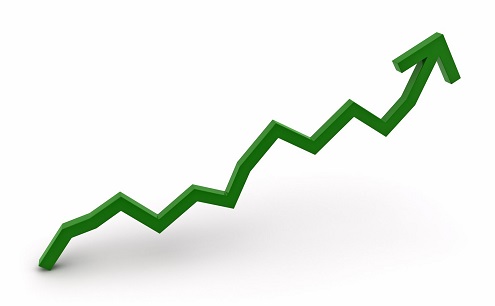 Seasonally adjusted GDP rose by 1.6% during the first quarter of 2015, compared to the previous quarter, according to Eurostat.

Two weeks ago, the Finance Ministry said the Cypriot economy returned to positive growth after 14 quarters of contraction.

Based on seasonally adjusted data, GDP growth rate in real terms is estimated at 0.2%, compared with -1.8% in the fourth quarter of 2014 on an annual basis.

The GDP growth rate in real terms during the first quarter of 2015 is positive and estimated at 0.4% over the corresponding quarter of 2014.

According to the Ministry’s Public Debt Management Office (PDMO), the business-operating environment shows signs of stabilisation and gradual improvement given that lending to non-financial corporations is marginally positive and interest rates are in decline.

The economic sentiment indicator by University of Cyprus Economic Research Centre (CypERC) increased by 4 points in April from the previous month. This increase is due to the improvement in the business climate in all sectors covered by the survey, as well to the strengthening of the consumer economic confidence.