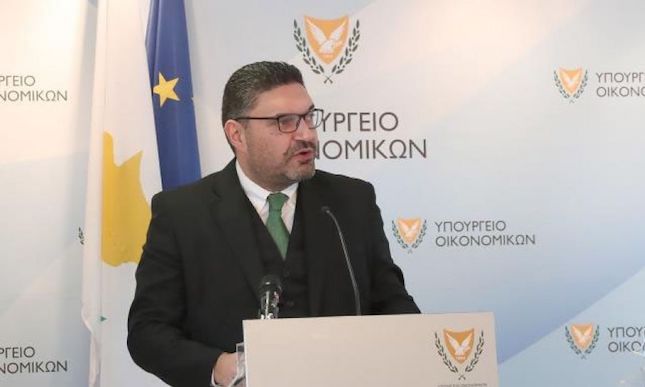 Cyprus economy grew by 5.7% in 2021 according to Eurostat

The continued high rate of growth in the fourth quarter of 2021 confirms the resilience and dynamism showed by the Cypriot economy and the soundness of our policies, boosting expectations for further growth in 2022, Finance Minister Constantinos Petrides said on Tuesday.

Petrides’ comments came in the wake of the flash estimate published by the Statistical Service of Cyprus (Cystat) showing that the economy grew by 6% seasonally adjusted in the fourth quarter of 2021 while throughout the year the economy grew by 5.7% year on year.

“Compared with other (EU) member-states, this estimate of Cyprus growth rate is considerably better, both for the Euro area as well as the EU,” Petrides said in statements after the Council of Ministers meeting.

Noting that the 5.7% growth rate for 2021 was very close to the ministry’s initial estimate, Petrides said this growth rate “shows that the Cypriot economy is one of the relatively few EU economies to recover losses from the 2020 health crisis.”

The Finance Minister also said that the improved economic environment and the regaining of confidence are supported by the improved performance in the labour market with the unemployment rate for the fourth quarter of 2021 estimated close to 6% while the registered number of unemployed persons showed a steadily declining course implying that unemployment in 2022 will be lower than pre-crisis levels.

“The good economic performance and the prudent fiscal policy also lead to improved public finances with the 2021 fiscal deficit considerably smaller than initially estimated, marking significant improvement compared with the deficit of 5.7% GDP the previous year,” he said.

“The aim is sustainable growth which can be attained only with prudent fiscal policy driven by investments, promoting the necessary reforms through the implementation of the National Recovery and Resilience Plan and the Strategy 2030 on the new grown model,” he went on to say.

“We will continue debt redemptions this year and by the end of 2020 we will reduce the debt index by 5 to 6 percentage points,” he added.

Replying to questions, Petrides said the aim for 2020 is to reduce the debt to GDP ratio to 95%

He said that since the outbreak of the pandemic the government opted to borrow with cheap rates and build the necessary cash buffers, adding that the “soundness of our policies is proven now that bond yields have risen based on the expectations over rate hikes in the future”.

Responding to a question regarding the VAT rise in house purchases, Petrides said the government will strive to limit the hit on the real estate market and citizens wishing to buy a house.

He blamed the parliament for passing a law implementing a broader definition on low VAT, noting that the government “wishes to implement the directive not at the absolutely narrow definition stipulated by the European directive but to cover as many fellow citizens as possible.” (CNA)