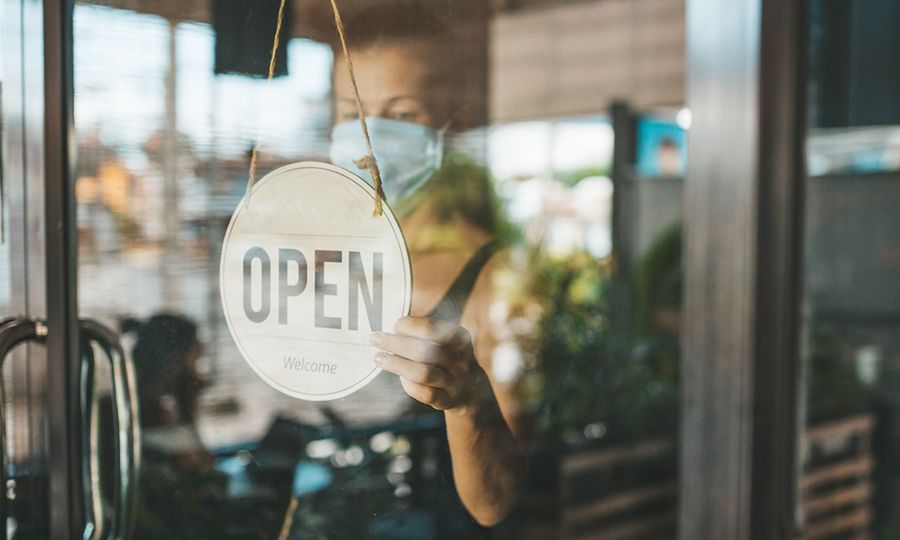 A third lockdown in Cyprus ended on Sunday as new measures went into effect Monday including a controversial safety pass, with the government betting on a slight improvement as it pushes for gradual return to normality.

After a rough week of high positivity rate attributed to measure relaxations during a partial lockdown amid Greek Orthodox Holy Week, the Republic of  Cyprus registered a lower positivity rate on Sunday, with four patients dying of Covid over the weekend, three of whom had been vaccinated and one with no vaccination history.

Starting on Monday, people in Cyprus no longer need to send text messages for permission to go outside their homes, but a daily curfew is still in effect between 11pm and 5am daily, after the government replaced the SMS requirement with CoronaPass as a temporary post-lockdown measure against the spread of Covid-19.

A CoronaPass, also known as Safe Pass, is the government’s latest way to ascertain proof of immunity for individuals who wish to visit places where people congregate, such as cafes and restaurants, big retail shops and DIY shop centers, gyms, hotels, as well as churches, movie theaters, and shopping malls.

But the safety pass is not required when going to the supermarket, or visiting business establishments under special categories such as banks, betting shops, barbershops and hair salons, spas or beauty parlors, bakeries, small stores, mini markets, convenience stores, and pharmacies. Immunity proof is also not required for people spending the day at the beach or visiting a zoo or campground.

All social distancing rules as well as health protocols and hygiene guidelines, including the use of face masks, continue to remain in effect.

Eligibility for the pass is restricted only to those who have been vaccinated or people who have a negative PCR or antigen rapid test valid for 72 hours. Those who have recovered from a COVID infection can also be exempted as long as their infection was confirmed and registered by government health officials.

CoronaPass not in electronic form yet

The safety pass won’t be available this week in electronic form due to pending technical and legal aspects, with officials saying people can prove their immunity by showing their vaccination card, rapid test results, or a text message from the government proving their recovery from the virus.

People who have not received a text message from the government may fill out a special form to request a new notification as long as their infection and recovery has been documented officially by the health ministry. Requests can be emailed to contacttracing2@moh.gov.cy.

But antibody tests that can be done at a pharmacy or at home, along with other self-diagnostic methods including saliva, are not included on a list of approved methods for CoronaPass eligibility, meaning unvaccinated persons who have recovered from the bug on their own would still need a rapid test if they wish to show proof of immunity.

Health Minister Constantinos Ioannou said the country is exiting the two-week partial lockdown in less than ideal conditions but at a “pivotal point” in the fight against the pandemic.

“Cyprus makes a step to returning to a more normal pace of social and economic activity,” Ioannou said in a written statement, noting it was “the result of many months of sacrifice for which we owe gratitude to each and every individual but also the entire citizenry.”

Ioannou, who has favored tougher measures and was at odds with fellow ministers over the past few months, reiterated his position that health protocols and vaccination were “the two weapons available in our arsenal.”

“These are the ones we will use to press forward in the foreseeable future in order to give another battle, perhaps the most decisive one,” the minister said.

But critics kept pouncing on a number of measures they described as excessive or unfair, with legal experts warning over possible discrimination between the vaccinated and unvaccinated and also engaging in debate over the official position of the Cyprus Bar Association.

According to the new rules, citizens are required to show immunity proof to police officers and health inspectors upon request, with critics accusing the government of promoting invasion of privacy.

The government insists the rules are in force for public health reasons, clarifying that business owners should neither be allowed to inspect private documents nor would they be held responsible if customers not eligible for a safe pass manage to gain access to restricted venues.