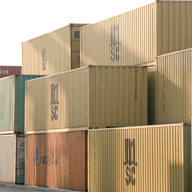 The trade deficit for the period January - September amounted to €2774 million from €2375 million in the corresponding period of 2013.