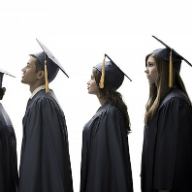 Cyprus has already met the set targets of the Europe 2020 strategy in education, according to data released recently by Eurostat.

Women lead the way in this category as the proportion of female university graduates in Cyprus reached 53.4%, while the figure for men was significantly lower at 41.6%, yet still higher than the EU target set.

In the same year, the proportion of early leavers from education and training halved from 18.2% in 2005 to 9.1% in 2013, again exceeding the set target. The figure relates to early leavers aged 18-24 who at most completed lower secondary education and are currently not in further education or training. The rate of women leaving school early was just 4.2%, compared to 14.8% for men.

The Europe 2020 aim is to reduce the share of early leavers from education and training to below 10% of the EU28 population in this age group by the year 2020.