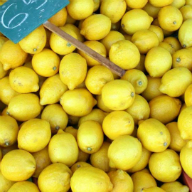 Cypriot agricultural exports to Russia are expected to be affected after Moscow this week put sanctions on food import from the EU in retaliation to EU sanctions on Russia.

Cyprus’ main food exports to Russia are citrus fruit worth about €10.7 million, fish worth €1.5 million and vegetables worth about €627,000 a year.