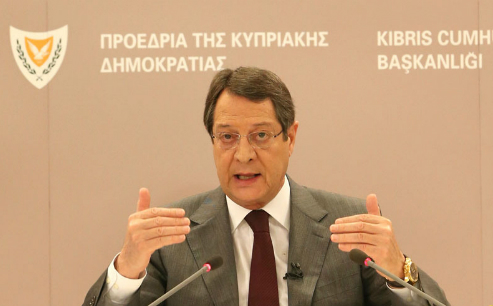 Cyprus may need to only partly privatise state-owned enterprises to meet one of the conditions of its international bailout, President Nicos Anastasiades said on Sunday.

The €10 billion euro bailout deal Cyprus reached with the European Union and International Monetary Fund this year envisages selling some state assets. Authorities could convert state enterprises into joint-stock companies and seek out strategic investors with the state retaining a controlling stake, Anastasiades said. “Part of the share capital could be allocated to a strategic investor, without full disengagement (of the state) from semi-government corporations,” Anastasiades was quoted as telling the Kathimerini newspaper.

Bailout terms state the process would be on a case-by-case basis, and the methodology could include the sale of shares or assets, licences or concession agreements. Cyprus assigned PricewaterhouseCoopers (PWC) to look into a privatisation strategy for state-owned firms on September 9. International lenders have identified telecoms company Cyta, the dominant electricity operator and seaport commercial activities as potential privatisation targets, raising about €1.4 billion.

It was not clear whether that target assumes full privatisation of these firms. They are known as semi-government corporations, even though they arefully owned by the state.