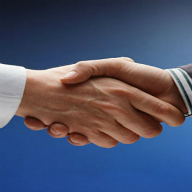 Cyprus is in the midst of negotiations for the signing of a string of new double taxation treaties.

The island’s technocrats are in Hong Kong for the first round of negotiations aimed at signing a double taxation agreement. Cyprus’ Finance Ministry said that there are also plans for agreements with African countries, noting that Tunisia and Morocco have already invited Cyprus for talks.

Cyprus’ tax agreement with India, however, remains a thorn inthe side of Cyprus’ Finance Ministry technocrats and stakeholders involved, after Cyprus was put on India’s blacklist in 2013 when Cyprus refused to provide information requested by the Indian tax authorities in relation to deposits by Indians in Cypriot banks, despite the two countries maintaining an agreement from December 1994 to avoid double taxation.

According to reports, discussions have now reached a deadlock as there are provisions that are non-negotiable for the Cypriot side, while all stakeholders expect the visit of President Anastasiades in India (which is expected sometime in April) to discuss the issue at a political level.

Asked to comment, the High Commissioner of India in Cyprus, Ravi Bangar stressed that in his view it is not a political issue, but purely technical. As reported, the authorities of India expect the revised proposal of the Cypriot side. In fact, India’s ambassador to Cyprus rejected the characterisation of such a black list, stressing that it is a revision of an agreement that was made twenty years ago in circumstances which have now changed.

However, there will be a whole host of benefits for Cyprus, if it can achieve a competitive deal, in light of India’s position as an emerging power, which is looking for a gateway to Europe. Cyprus ranks seventh with respect to foreign direct investment (FDI) in India, with the flow of investment between 2000 to 2014 reaching $7.6 billion. The lion’s share of foreign direct investment in India is currently held by Mauritius and Singapore.