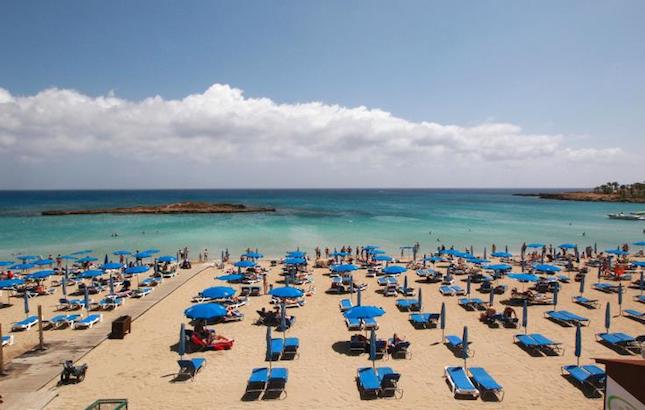 As UK partners signal the island can expect higher volumes of British summer holiday seekers, Cyprus tourism stakeholders are optimistic that 2022 will be a year of recovery following the coronavirus crisis.

Cyprus tourism is confident of building on last year’s healthy 175% increase in arrivals compared to a dismal 2020, but early bookings for the summer season are encouraging.

Noel Josephides, former chairman of the association of independent tour operators (AITO), told the Financial Mirror that Cyprus should expect an influx of tourists from the UK.

“Although far from traffic recorded in pre-COVID years, tour operators in the UK have been stunned by the surge of bookings so early on in the year,” said Josephides.

“As the UK lifted most of its COVID restrictions, we have seen an influx of travel requests.

“The majority of requests are for the Greek islands, but Cyprus is high up on the list.”

He predicted a strong summer, with pent-up demand for UK travellers eyeing beach and leisure routes.

Josephides said that confidence was further boosted on Thursday when the UK essentially lifted all COVID restrictions.

Face coverings are no longer required by law anywhere in England, and a legal requirement for COVID passes for entry into nightclubs, and other large venues have been scrapped.

Josephides is confident that bookings would further pick up as the UK has decided to lift all restrictions for vaccinated individuals.

The new policy will come into effect from February 11.

“If Cyprus follows suit and lifts all restrictions on vaccinated travellers, then the island could place itself amongst the top destinations this summer.”

The tourism-reliant island will lift all entry requirements on March 1 for inbound travellers who have a valid vaccination certificate showing they received a booster shot.

Cyprus will be accepting travellers from the EU who have been fully vaccinated within the past nine months, following a mandate from Brussels.

“All of this will definitely help us to continue from where we left off in October and November last year,” said Charis Papacharalambous, spokesperson for the Association of Cyprus Travel Agents.

“According to data from the Deputy Ministry of Tourism, October arrivals were 392,000, just 10% less than those recorded in October 2019.

Unvaccinated adults will still be allowed into the country as long as they comply with testing and quarantine requirements that depend on their country of departure.

“We have seen bookings picking up, but it is too early to draw conclusions.

“We need to allow for the message to reach the markets, letting our partners know that travelling to Cyprus this season will be trouble-free.”

He argued that it was important for Cyprus to get a protocol out there, allowing all travellers to come to the island without any serious obstacles.

“And we did this ‘relatively’ on time, allowing to get ahead of other competitive destinations.”

Looking ahead, Papacharalambous said the first quarter of the year is expected to be no different than last year’s.

“We should start seeing real movement from April, with arrivals improving as we draw closer to the summer.

Confirming positive feedback from the island’s tourist markets, the Director-General of the Cyprus Hotel Association, Philokypros Roussounides, told the Financial Mirror the first bookings have started to flow in from UK and Russia traditionally the island’s two largest markets.

“This allows us to be moderately optimistic for the year ahead, although the pandemic has proven to be unpredictable,” said Roussounides.

“However, we are receiving encouraging messages from abroad who report a vivid interest from their markets.

“We have also received reassurances from airliners that the island’s connectivity will not be reduced.”

He argued that hoteliers are optimistic that 2022 will be a year of recovery, “certainly better than last year”.

Roussounides said Cyprus would not start from scratch but build on last year’s healthy growth.

“During two years of the pandemic, we have seen new markets open up; we had to turn to other markets than our traditional ones in the UK and Russia, as they were under long lockdowns.”

He added that Cyprus has also seen tourists with higher incomes choose the island during the pandemic.

“Furthermore, a large number of tourists made their own way to the island, without the assistance of a tour operator.

“As tourism stakeholders, we need to pull together, to maintain these gains, and build a better 2022.”