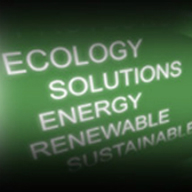 A hefty fine to the tune of €11,000 per day may be imposed on Cyprus by the EU, should the House fail to enact legislation harmonising Cyprus with the directive on renewable energy.

As part of conforming to the directive, which aims to promote and encourage the use of renewable energy sources (RES), Cyprus needs to pass rules governing the certification of small-scale RES systems installers.  House commerce committee member and DIKO MP Angelos Votsis said that the committee has already begun studying the rules in light of the stringent time-frame. “If they are not passed by the deadline, Cyprus will face a daily €11,000 fine because it will have failed to harmonise with the directive concerning the certification of RES systems installers,” Votsis said. “Unfortunately”, he added, “while the legislation was passed in September 2013, the responsible government services will submit the rules this week and then demand that the House passes them on the same day in order to avoid incurring the fine.”

According to Votsis, the Commerce Ministry plans to submit an amendment to the rules during the next session, while public discussion with stakeholders is currently underway. “Therefore we have no choice but to pass the rules, which should have been done several years ago”, he said. Votsis concluded that “delays like this can only cause problems to parliament, and Cyprus in general,” calling for this practice to stop.