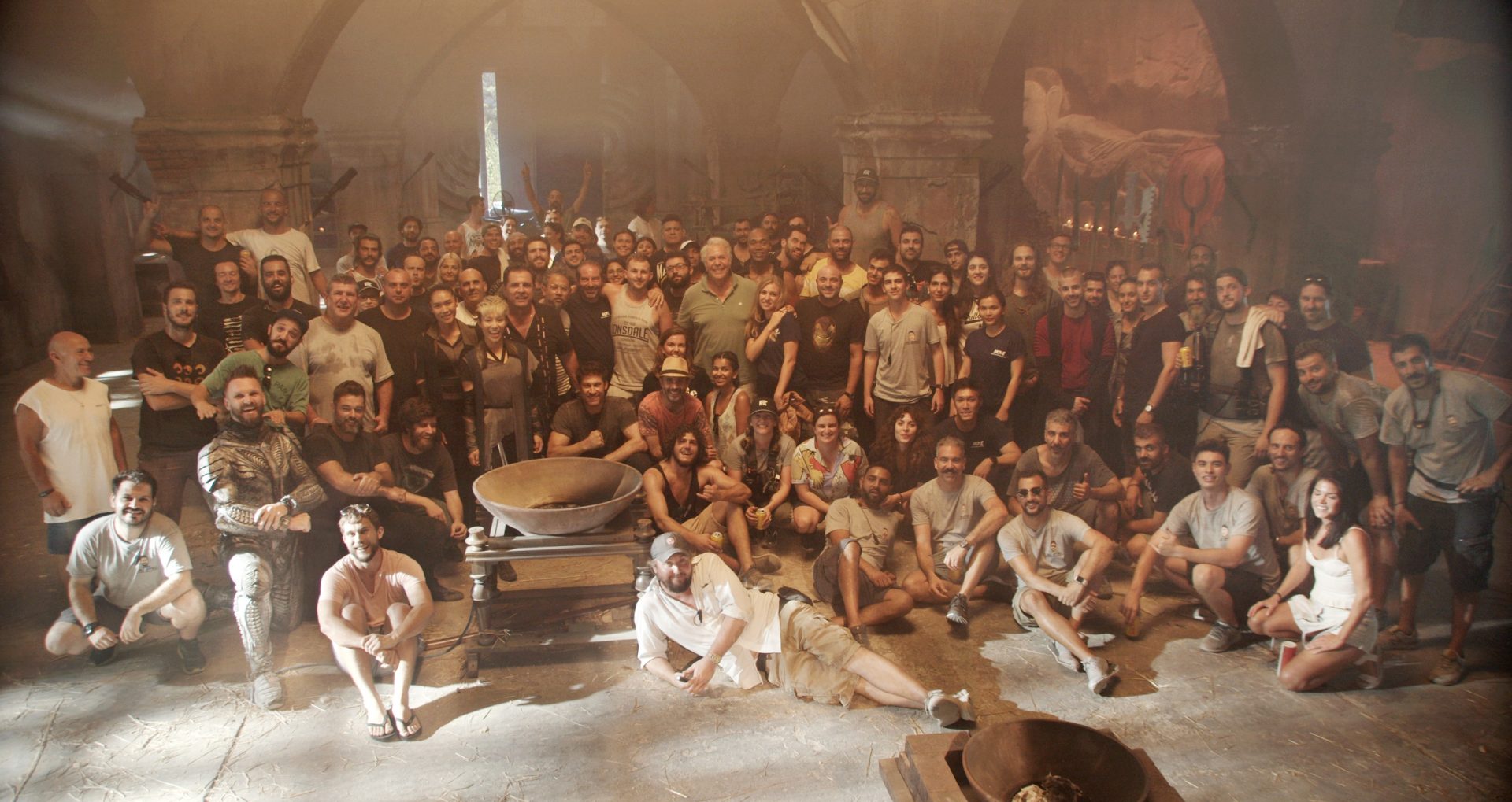 The Cyprus film industry has the cameras rolling again, after a challenging period during lockdown. Adaptation to the new social distancing and hygiene measure has not been easy, Dionysios Manganis, executive producer at the Nicosia-based Green Olive Films told the Cyprus Mail in an interview.

As of June, Green Olive Films, which is a full-service production company, has restarted productions and completed several local projects on the island. “Thanks to our proactive planning, we were fully prepared to get the cameras rolling again and to respond to the high-demand that we anticipated,” he said.

Green Olive Films was mostly recently involved in the first Hollywood film to be shot on the island, Jiu Jitsu, starring Nicholas Cage and Frank Grillo and directed by Dimitri Logothetis.

Back in March, as the lockdown measures kicked in around the world, leading film studios around the world halted production of large projects, and it has been months since cinemas had a rolling roster of new film releases. Warner Brothers put The Batman, Matrix 4 and King Richard on hold, while Disney Studios’ live-action films were also affected, with production postponed for projects such as The Little Mermaid, Home Alone, Peter Pan & Wendy, The Last Duel, and more.

Cyprus’ own film and television production industry may be smaller, but it was inevitably affected as well.

Green Olive Films suffered a pause in servicing overseas clients and instead concentrated on a full-scale restart after the lockdown.

“We could prepare for the day after the pandemic and adapt to the new way that our industry was going to be working,” He also explained that new standards and practices needed to be implemented. Filming had to stay indoors, where special sanitary measures had to be taken, and social distancing observed. Though these were not unfamiliar to the company, the short turnaround time didn’t make things easy.

Film productions are complex, encompassing a number of different tasks. Principal photography, the part where the bulk of the project is filmed, is just one aspect. Beyond the implementation of remote working since mid-March, Manganis said a lot of post-production has continued as it would have.

Zoom and Skype calls were hardly new to an international production company. “We hold teleconference meetings all the time between the two offices and our clients,” Manganis said although some innovative thinking aiming to facilitate the resumption of production.

“While working from home, we formulated guidelines for our productions that would commence after the end of lockdown. These safety measures ensured the utmost safety and the practice of social distancing whenever possible.

“We also looked into alternative solutions in terms of producing with social distancing, following the latest industry standards. For example, we have started offering Remote Filming, meaning that our clients, producers and directors abroad (or locally) could sit in the comfort of their own home and direct the shooting taking place in another location through live-streaming,” he added.

Manganis detailed how technology on-set allows the client and the agency to monitor the production through a live stream, directly from the camera, including audio. This technology allows both clients and agencies to feel immersed in the production, as if they were on-set.

With film productions gradually resuming operations, there has been a debate as to the best way forward, with some major studios cancelling exterior location shooting and reverting to exclusively using soundstages, where conditions are more controlled.

“It’s true that the pandemic has brought about new standards and has made us reconsider the way productions are set up and run, both in soundstages and in exterior locations,” Manganis points out.

Several countries carried on filming, but predominantly inside studios. “This provided a safe environment for the production, as the crew entered the studio in turns, hence a reduced amount of people on set,” he explained.

The aforementioned remote filming technology and other on-set infrastructure also helped to facilitate social distancing guidelines. “The studio is easier to disinfect before and after the shoot, so this provides a solution to productions that can’t shoot anywhere else due to Covid-19 restrictions,” Manganis added.

In terms of scenes where exterior locations are absolutely required, productions will have to implement all health and safety guidelines. However, Manganis added that studios “should bear in mind that this will affect the production cost-wise and time-wise”.

There are also promising signs about the future. “We are now in talks with several international producers that have expressed their interest to shoot in Cyprus in the forthcoming months. Cyprus was already an ideal destination for filming because of the great climate, amazing landscapes and short travel distances, but now the fact that it’s a coronavirus-safe destination as well, makes it much more appealing to foreign producers,” he concluded.

Certainly, this is a troubling time for the film industry. However, Manganis remains upbeat about cinemas: “Cinemas give a completely different experience,” he said.

“If history shows us anything, it’s that the magic of the big screen isn’t going to vanish. Almost a century ago, during the Spanish Flu, cinemas permanently shut down. Cinema has survived wars, pandemics and an array of technological progressions. I think it will survive this one too”.