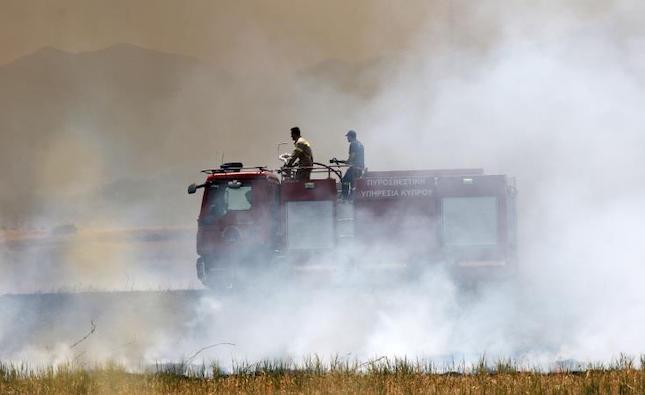 Cyprus’ fire service has refuted Eurostat’s figures showing firefighters make up around 0.4% of the workforce as it would translate into 1,622 personnel which is not the case.

“We would like to clarify that professional firefighters of the Republic of Cyprus employed in the fire service number 737, including approximately 100 who serve at the airports and are not active in cities or the countryside,” the fire service said.

It said that out of the 737 positions, 80 are currently vacant.

“Taking into account the above numbers, the percentage of professional firefighters in the Republic is 0.17% (not 0.4%) which makes it second to last in proportion to the rest of the EU countries.”

According to Eurostat, Cyprus was the EU country with the second largest share of firefighters in its overall workforce in 2021 in the EU.

Fire fighting is under the spotlight as Europe is tackling more wildfires due to climate change.

Also, according to data regarding government spending on fire protection services in 2020, Cyprus spent about 0.4% of its government expenditure, which was lower than the EU average for that year (0.5%).

Estonia, Cyprus, Romania, and Slovakia (all around 0.4% of total employment) registered the highest share of firefighters in their respective workforces in 2021, said Eurostat.

The percentage for Cyprus was about 0.38%, corresponding to 1,622 firefighters from 431,716 workers. A figure disputed by the fire service.

About 365,000 people were employed as professional firefighters in the EU, representing 0.2% of total EU employment.

The general government’s total expenditure share was 0.5% on average in the EU.

Overall, government expenditure on fire-protection services remained stable at around 0.4 – 0.5% of total expenditure since the beginning of the time series in 2001.

Cyprus reported a 0.4% share of government expenditure dedicated to fire protection, below the EU average, along with Finland, Hungary, Ireland, Italy, Latvia, the Netherlands, Poland, Spain and Sweden.

Croatia, France and Slovakia reported a percentage corresponding to the EU average of 0.5%.

Denmark reported the lowest share of expenditure on fire protection services at 0.1%, followed by Iceland with 0.2% and Belgium, Malta, Austria, Portugal and Slovenia with 0.3% of their general government total expenditure.

In contrast, Romania had the highest share of expenditure on fire protection services with 0.8%, followed by Bulgaria, Czechia, Germany, Estonia, Greece, Lithuania and Luxembourg with 0.6%.