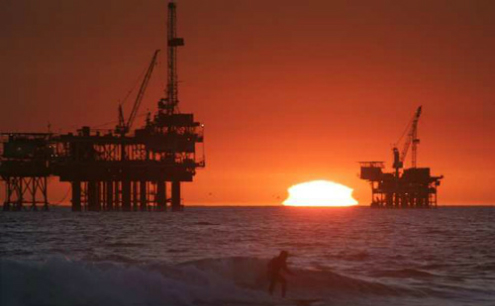 Cyprus firm to be operator of Sara, Myra licenses

Cypriot-based firm Energean E&P Holdings Ltd. will be taking on a 25% chunk and become the operator of the Sara and Myra offshore drilling licenses, the license partners reported recently.

Located about 40 kilometers from the large Tamar and Leviathan gas fields, the Sara and Myra were deemed to be ‘dry holes’ in the fall of 2012. The drilling partners, however, have maintained that wire line logs and high quality sands present may in fact still indicate an active hydrocarbon system in the area.

Prior to the dry hole determination, assessors had predicted the year before that Sara and Myra might have up to 184 billion cubic meters of gas and potentially up to 150.7 million barrels of oil.

The Cypriot-based Energean E&P Holdings is part of the larger international firm Energean Oil and Gas, which is rooted in Greece but also has projects in Egypt. Energean operates the development areas of Prinos and South Kavala in Greece and holds two exploration licenses and operates two blocks in the Gulf of Suez through an Egyptian subsidiary, according to the company.

Energean also has a subsidiary called OceanEnergean that is associated with Ocean Rig, a firm operating an ultra deepwater capable fleet of 11 drillships and rigs.

The Sara and Myra license blocks were originally held in largest part by the Israel Land Development Company – Energy Ltd., which owns portions of the blocks both directly and through company-controlled corporations.

Through the agreement, Energean will receive 25% of each of the licenses, coming proportionately from all the existing partners – aside from Indian partner Geo-Global Resources, which is not taking part in the agreement, a statement from the consortium said.

Ratio Oil Exploration, which was directly responsible for bringing Energean into the agreement, will be receiving an additional 5% chunk of both licenses, the partners explained.

Under the terms of the agreement, the rights transferred will not be subject to an increase in royalty rates, according to the partners.

“The joining of Ratio and operator Energean as partners in the Sara and Myra licenses significantly strengthens the consortium,” a statement from the partners said.