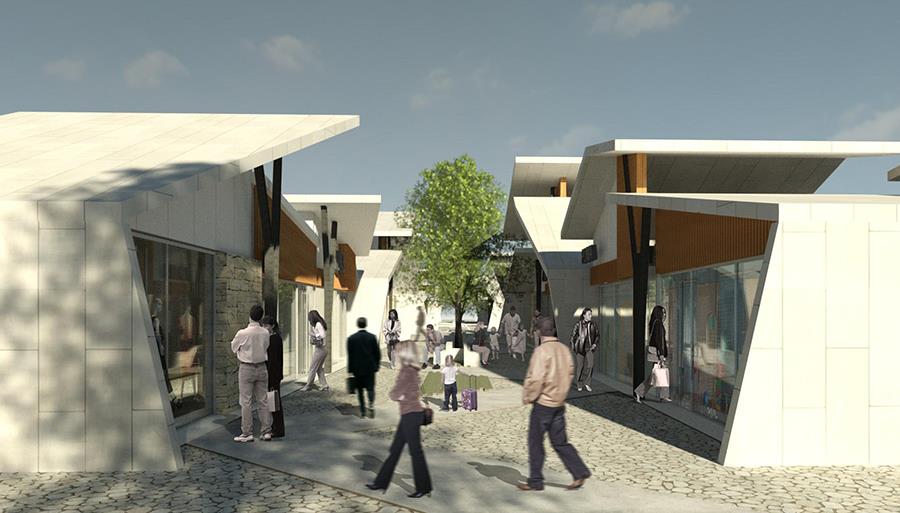 Neo Plaza, the island’s first designer outlet and entertainment village to open next year will be larger than originally planned, as demand from commercial stores pushed developers to expand the complex.

Following a request filed by Canba Properties the company in charge of constructing the project, Cyprus environmental authorities decided to approve an expansion of 2,290 square metres.

In comments to Stockwatch, Canba’s general manager, Sotiris Sigalas, said that due to demand from retail companies, it was decided to expand the project to include three more commercial stores.

The shopping village, located near the industrial area of Kokkinotrimithia close to the Nicosia Mall, covers more than 37,000 sqm with access from the Nicosia – Troodos highway.

The development will include a total of 50 outlets, an amusement park with 10 dining areas.

“Some trade agreements concern companies that are commercially active in Greece. Neo Plaza will offer Cypriot consumers the experience of outlet shopping combined with fun and entertainment. We are creating the first commercial and amusement park to cater to the whole family,” said Sigalas.

The outlet village’s outdoor space for events can be changed from 2,000 sqm up to 5000 sqm.

This is to include an open-air cinema while available to accommodate large concerts.

The cost of the project is expected to be around €10 mln and contribute to the further development of the western Nicosia region by creating 500 jobs.

The designer outlet is scheduled to open its gates to the public sometime in 2021.

As previously confirmed by a Financial Mirror source major brands have secured stores at the designer village in Nicosia while others are in advanced discussions.

Brands signed up for Neo Plaza;