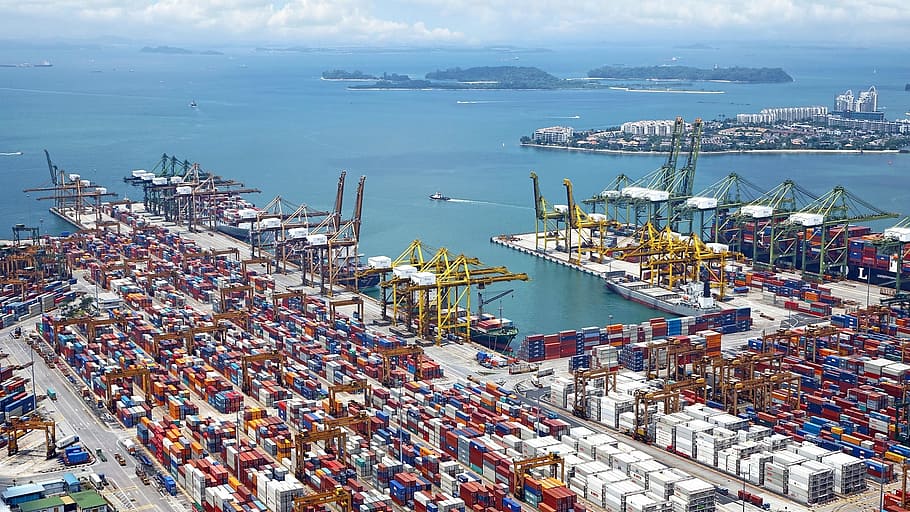 The main indicators concerning Cyprus’ foreign trade experienced a decline during the third quarter of 2022, according to a report using preliminary data, which was published on Tuesday by the Central Bank of Cyprus (CBC).

Moreover, as mentioned in the report, the worsening of that specific deficit is a result of the increase in the trade deficit, up €1.05 billion to €1.56 billion, and, to a lesser extent, the decrease in secondary income, which fell from a surplus of €9.4 million to a deficit of €68.1 million. The central bank explained that these developments were offset, in part, by the increased surplus in services, up from €1.5 billion to €1.7 billion, and the reduction in the deficit in primary income, which fell from €591 million to € 517.8 million. The report also noted that developments during the third quarter of 2021 were affected by the Covid-19 pandemic.

Adjusting the data for the effect of special purpose entities (SPEs), meaning the classifying of SPEs as non-residents, the deficit stood at €583.1 million in the third quarter of 2022, compared to €216.2 million in the third quarter of 2021. What is more, the import of goods remained systematically higher than exports. The trade deficit widened in the third quarter of 2022, as imports grew more than exports of goods. The increase in imports was entirely due to developments in general commodities driven, at least to some extent, by the protracted war between Russia and Ukraine and the resulting increase in energy prices. Imports of mobile equipment, such as ships, pleasure craft and aircraft, recorded a slight decline.

Growth on the export side came from growth in both mobile equipment and general merchandise. The net exports of triangular trade recorded a decrease of 8.4 per cent. In relation to services, the increase in the sector’s surplus resulted primarily from the increase in travel and to a lesser extent in telecommunications, IT and information services, as well as other business services, combined with personal, cultural and entertainment services. Transportation and financial services, on the other hand, experienced a decline.

Data for the geographical partners of Cyprus’ current account shows that in the third quarter of 2022, Cyprus recorded bilateral surpluses against Germany with €176.5 million, down from a deficit of €435.3 million in the corresponding quarter of 2021, and the United Kingdom with €434.1 million, up from €197.8 million.

At the same time, the slight deterioration in Cyprus’ net IIP was mainly caused by negative net volume adjustments, which were partially offset by positive net transactions. Russia registered the highest demands and obligations towards Cyprus. In more detail, the stocks of Cyprus’ assets with Russia reached €131.04 billion, with liabilities amounting to €126.48 billion, with the net position coming at €4.55 billion. In relation to the European Union, receivables stocks reached €121.22 billion, with liabilities coming at €159.02 billion, with the net position amounting to a deficit of €37.8 billion. In terms of direct investments, the main category of IIP, Russia recorded the highest net position at €8.88 billion, while the European Union presented a negative net position of €62.45 billion.

Cyprus’ gross external debt increased to €181 billion in the third quarter of 2022, compared to €162.9 billion during the second quarter of the same year.