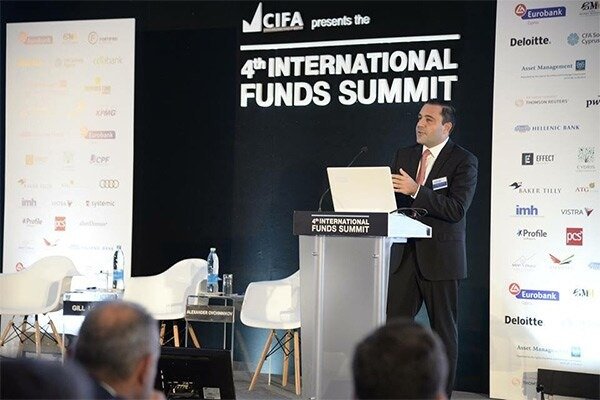 Brexit is giving a boost to the Cyprus fund industry, as Brexit effectively cuts off UK-based fund managers from the EU, says the President of the Cyprus Investment Funds Association Andreas Yiasemides.

“Brexit means that many funds in the UK will have to seek a base in the EU, and Cyprus is arousing great interest among them,” Yiasemides told the Cyprus Mail in an interview. “Our only disadvantage is that we are far from the UK. Apart from that, we are very competitive with Ireland and Luxembourg,” he says, indicating the two other countries in Europe that fund managers consider as a location.

But Cyprus is an exceptionally good place to start a fund or to manage an existing one, he adds. This is borne out by very rapid growth of the industry in Cyprus.

“When we started out, in 2013, we had €1.2 million in asset under management. Today we have €9 billion,” he notes. “We expect, in the next few years, to reach $20 billion, close to Cyprus GDP – rapid growth is expected to continue regardless of the pandemic.”

“What’s more, in the last quarter of 2019, Cyprus experienced the most important growth for the fund industry in all of Europe, according to data from the European Financial Management Association (EFMA)  This is an achievement we are very proud of,” he says.

“Cyprus provides a number of important attractions for fund managers,” Yiasemides explains. “First, Cyprus boasts a legal framework for the fund industry that is carefully elaborated and flexible. This is very important for fund managers starting a new fund.”

Cyprus is also in line with all the latest EU regulations relating to UCITS, Alternative Investment Funds and their managers.

Then costs in Cyprus are much lower than in the competing jurisdictions.

“Costs in Cyprus are at about one-third of those in Luxembourg and Ireland,” Yiasemides says. This is not because we sacrifice quality in our administration; quite the contrary, we are at the same or even a superior level.

This is simply because labour costs are so much lower in Cyprus.”

And the government has provided important tax incentives for fund management. Yiasemides gives the example of corporate tax, which is 12.5 per cent at the normal rate for most companies. This has been reduced to 8 per cent for funds (under certain conditions). And there is no administration fee.

It is equally important for fund managers that Cyprus funds are well-regulated. When fund managers have an issue with regulation, they can easily discuss it with the regulator, he continues.

Under current conditions about 65 per cent of funds in Cyprus are either private equity or real estate funds, according to the CIFA President. “These are both tax exempt if investing outside of Cyprus,” he adds, “but even if trading within Cyprus the trading tax is extremely low.”

“So we have made a concerted choice to focus on private equity and real estate,” he notes. “And we have seen funds mandated to invest in virtual capital in Israel. We have seen private equity funds focusing on startups across Europe.”

And he points out that only a small fraction of these funds were interested in the Cyprus citizenship scheme.  “We have real estate funds investing both in Cyprus and abroad – for example, a fund focused on hotels in Croatia.”

But he explains that Cyprus-based funds which invest abroad still bring considerable income into the country. “You have to have the top managers based here. These funds are expansive employers as well.”

One gap for the Cyprus fund industry has been a major name in international custody. “This is still a challenge,” Yiasemides concedes. “But it is likely to change soon, because of the exceptional growth we experienced in 2019. There are today some important international names considering a branch here, and we expect one to start here in the near future.”