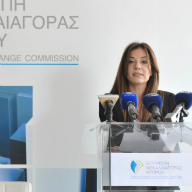 Cyprus FX brokers and investment firms are expected to declare that they are largely unaffected by the sudden appreciation of the Swiss Franc (CHF) when they report to the Cyprus Securities and Exchange Commission (CySEC) shortly.

CySEC urgently requested on Friday the 200 or so investment firms including FX companies that it regulates to report by Tuesday on any problems deriving from exposure to the Swiss franc.

The Swiss National Bank announced on Thursday that it was scrapping a policy that effectively pegged the Swiss franc at 1.20 CHF per euro.

The Swiss franc appreciated by a massive 30% shortly after the SNB’s announcement, leading to the collapse of Alpari, a UK currency trader, which was left exposed to Swiss franc positions.

As of 18 January the CHF had risen to just under 1 CHF per euro, that is, 20% stronger than before the announcement.

The SNB’s move was taken in advance of the European Central Bank’s expected launch of ‘QE’—a massive bond-buying programme to inject liquidity into the stagnating Eurozone economy that is expected to lead to a weakening of the euro.

CySEC asked firms to report on “whether the recent move on the Swiss Franc caused by the Swiss Central Bank has, in any way, an impact on their business/liquidity/funds, and/or on their clients’ funds.”

Unofficial reports suggest that so far no Cyprus investment firms are reporting any difficulties.

In cases where there has been an impact, CySEC stressed in an announcement that companies must provide detailed analysis and measures taken to rectify the problem.

Cyprus is home to a large number of foreign exchange trading companies, including international giants such as FxPro.