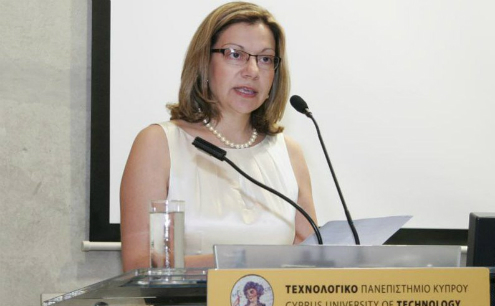 Cyprus gas to be used domestically and for regional exports

Natural gas from the Aphrodite gas field can be channelled to Cyprus for domestic energy consumption as well as to regional exports, the head of theCyprus Hydrocarbons Company (CHC) Toula Onoufriou said recently.

Approximately one billion cubic meters (bcm) a year would be sufficient to cover the island’s energy needs, with the bulk of the gas diverted to exports, the official told the Eastern Mediterranean Gas Conference.

Onoufriou said that talks are underway between the government and the Block 12 partners, Noble and Delek, for selling the Aphrodite gas and exploring regional markets for export.

Last weekend the CHC and its Egyptian counterpart, EGAS, signed a memorandum of understanding for a technical study into a subsea pipeline and onshore infrastructure options for exporting the gas to Egypt.

On diverting some of the Aphrodite gas to the domestic energy grid, she said authorities and the Block 12 partners are examining the method as well as timeline for piping the gas from floating platforms.

Financing was one of the aspects being looked at, she added, and there were various possibilities, including investment from third parties.

There has been a great deal of interest from organisations in investing in the facilities, the CHC head said, but did not elaborate.

Speaking to reporters on the sidelines of the conference, John Burley, Vice President of Business Development for BG Group Egypt, said the company’s facilities there can absorb gas from both Aphrodite and Israel’s Leviathan field, provided that part of this gas would be channelled to domestic demand in Egypt.

The CHC has been holding talks with BG Egypt for the possible export of Cypriot gas to the company’s LNG facilities in Idku.

BG Group recently signed a provisional deal with two Egyptian state-owned gas corporations. The company has agreed to invest $4 billion (€3.4 billion) into a joint venture to supply domestic gas in Egypt and for export to the group’s international customers. In exchange, the Egyptian government has committed to repay BG the approximately $900 million that it owes and to enter talks to agree a better price for domestic gas.