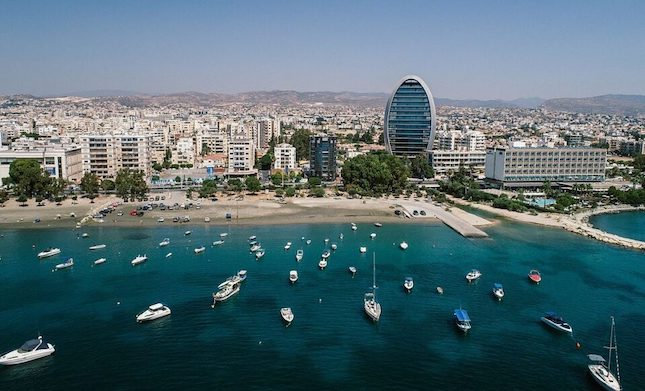 Cyprus GDP to grow as unemployment falls and inflation normalises

The Central Bank of Cyprus (CBC) on Thursday said that the Cypriot economy’s primary macroeconomic figures for the years 2022-2024 are favourable according to its projected medium-term forecasts, which were released this month.

According to the central bank, despite the war in Ukraine and the subsequent international sanctions imposed on Russia, the Cypriot economy recorded a significant growth of 6% in the first half of 2022, with the consequences of the war expected to be more pronounced in the second half of this year and 2023.

The central bank reported that the downward revision of the outlook for the external environment, which is also the result of the disturbance in international energy markets, has adversely affected the consumer and business climate. As a result, euro area economies are expected to remain stagnant later in the year, as well as during the first quarter of 2023. This will in turn impact Cyprus’ domestic market.

In addition, the significant increase in energy prices is expected to reduce the purchasing power of household incomes, which, in combination with the increase in interest rates, will result in a negative impact on domestic demand, despite the utilisation of the savings accumulated due to the pandemic.

Also, despite a slight easing, disruptions in the supply chain of raw materials and goods continue to affect economic activity and contribute to rising prices, with a gradual correction expected in 2023.

Regarding the rate of economic growth for 2022, the central bank reported that this is expected to rise to 5.5%, as in the previous year, with the increase in GDP expected to derive primarily from domestic demand, including investments and private consumption, but also the faster than expected recovery of the tourism industry.

What is more, the central bank clarified that the projected resilience in domestic demand comes from prescribed investments, the reopening of the economy after the detrimental peak of the pandemic, and, in part, the recovery of private consumption as a result of the utilisation of their savings.

The upward revision of 2.8 percentage points in 2022 compared to the June 2022 forecasts is mainly due to the better-than-expected course of economic activities in the tourism sector.

Another factor in terms of the improvement in economic performance has been the contribution of the information technology and communication sector, something which has been further stimulated by the increase of international technology technologies in Cyprus.

In 2023 and 2024, GDP growth is expected to rise to 2.5% and 3.1% respectively, with the downward revision, compared to previous forecasts, being attributed to the unfavourable outlook in the external environment, including the negative effects of the looming protracted Russian-Ukrainian war, as well as some medium-term effects, mainly in the professional services sector.

This is due to the greater than expected tightness in the labour market, and the expected manageable impact of the war, as shown by the recent monthly surveys of the European Commission concerning employment expectations for the next three months.

Moreover, a downward trend is predicted in the following years, with unemployment reaching 6.5% in 2023, before reaching 5.9% in 2024, with the upward revision compared to previous forecasts by 0.2 percentage points per year being attributed to the downward revision of the GDP outlook in 2023 and 2024.

In terms of inflation, which refers to the Harmonized Index of Consumer Prices (HICP), the central bank reported that this is expected to increase significantly in 2022, rising to 8.4% from 2.3% in 2021.

It is expected that it will remain at levels above or close to 9% in the remaining months of this year.

The upward revision of 1.4 percentage points compared to the June 2022 forecast has been primarily attributed to increased energy prices, pressures on the demand side of some services due to the reopening of the economy after the peak of the pandemic, supply chain disruptions, as well as a tighter-than-expected labour market.

As in the previous forecasts, a gradual normalisation of inflationary pressures has been forecasted for 2023 and 2024, with inflation reaching 3.9% and 2.1%, respectively.

In addition, the subsequent slowdown of the HICP in the following years is due to the predicted gradual correction in oil and food prices, as well as the stability of long-term inflation expectations.

This is mainly due to the expected but gradual normalisation of supply chain disruptions due to the impact on demand from the recent interest rate hike.

The upward revision from the June 2022 forecasts is due to the indirect effects of higher energy prices due to lagged effects on the inflation subcategories, as well as the resilience that the labour market is expected to continue to demonstrate.

In relation to the possibilities for a deviation from the base scenario of the forecasts, the central bank stated that the main downside risks to GDP are related to the possibility of a greater than expected negative effect on service exports due to the prolonged war, as well as the related impact on the external environment.

They are also associated with higher-than-expected commodity and product prices, due to the lingering effects of supply chain disruptions.

For 2024, the main upside risks include a possible wage-price spiral, as well as the possibility of higher long-term inflation expectations.