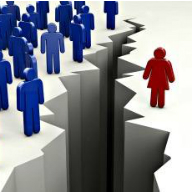 The long recession in Cyprus appears to have narrowed the gap between male and female pay.

While Cyprus technically exited recession in the second quarter, earnings dropped for the tenth quarter in a row. Average gross monthly earnings fell by 0.3% to €1,796, compared with €1,784 in the same period of 2014.

One potentially positive sign is that this was the smallest pace of decline since wages started to drop after the 2013 banking crisis.
Earnings fluctuate with the seasons. The monthly salary on a seasonally adjusted basis was €1,885 in the second quarter—a fall of 5.2% compared with late 2012.

Net earnings will have fallen even faster, owing to temporary surcharges on private and public-sector salaries as well as other deductions on the public sector.