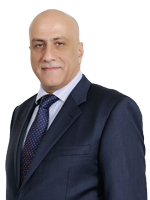 Cyprus Gets A Tier 1 Bank Through A Small Fintech

For many years, Cyprus was trying to convince one of the big international banks to start operations in Cyprus.

You can’t call a country a professional services center if it doesn’t have at least one big international bank. At least a Tier 2 bank.

But what the local authorities couldn’t achieve, was made possible by a small fintech company based in Cyprus, Point Nine. A company offering outsourced operations, processing and reporting for post-trade execution. Mitsubishi UFJ Financial Group, one of the biggest banks in the world, acquired Point Nine through its subsidiary Mitsubishi UFJ Trust and Banking Corporation .

“The Asset Management & Investor Services Divisions of the Trust Bank, aim to become an unparalleled industry leader in Japan as well as a global player boasting significant presence overseas. In order to achieve this goal, MUFG has been pursuing growth, centered around the Trust Bank, through inorganic investment, as well as enhancing its investor services capabilities and competitiveness,” explained the group in a statement. The transaction will enhance the Trust Bank’s services and presence as the largest investor service company in the Asia/Oceania region, it added: “MUFG, together with Point Nine, strive to deliver efficiency, speed, and organization to clients’ complex technology and data needs.”

Co-founder and partner of Point Nine, Pavlos Christoforou, told me that their greatest achievement was the fact that they managed to convince a Tier 1 bank to establish a presence in Cyprus. He explained that MUFGs’ initial thoughts were for Point Nine to maintain its name after the acquisition. However: “We managed to convince them, so Point Nine will be renamed to MUFG Investor Services FinTech Limited and will continue to be registered in Cyprus,” said Christoforou.

Point Nine and MUFG Investor Services started cooperating in February 2018. As it was announced then, in light of increased regulations, such as MiFID II and additional requirements for asset managers to handle more data, the partnership aimed to relieve some of the operational burdens for managers. “Point Nine’s middle office platform, Circle, built in Python architecture, will also be available to MUFG Investor Services’ clients and enhance the firm’s existing Business Process Outsourcing (BPO) technology offering,” MUFG explained.

“I believe that when they got a first-hand look at what we do and how we work they decided that it was to their benefit to integrate our operations, instead of setting up a new entity from scratch,” Christoforou says. He admits though, that the completion of the agreement was not easy because Point Nine was registered in Cyprus and the country has a bad reputation abroad when it comes to matters of transparency and regulation. “Their due diligence procedures were very strict and they carried out exhaustive checks.”

The other co-founder of Point Nine was Ioannis Matsis, still a partner and current CEO of Hellenic Bank. As Christoforou explains, Matsis, an ex-Mizuho Bank executive, had put in place bank-alike procedures from the first day that Point Nine was created. “This set-up was very important, and I believe we convinced MUFG that despite the fact that we are a small company based in Cyprus we work in accordance with all the international regulatory requirements.”

From here on, the challenge for Point Nine is to scale up its operations by taking advantage of Mitsubishi Group’s huge network.

John Sergides, CEO of MUFG Investor Services, told me that Point Nine’s cloud-based solutions, open source technology platforms and incredibly high levels of automation, as well as AI expertise, complement their services perfectly. “This industry is growing and evolving at a rapid pace. These are the skills which are paramount to engaging and staying ahead in a crowded field, with a competitive edge,” he added.

According to Sergides, the advantage of partnering with a firm heavily investing in this sector is that it creates a mutually beneficial relationship between them, their technology partner and their clients. “The technology burden is shared and we become a partner to our clients instead of a service provider. We are excited to be able to immediately offer our clients expertise in complex problem solving and cutting-edge fields such as open source technologies, cloud processing, and infrastructure codification.”