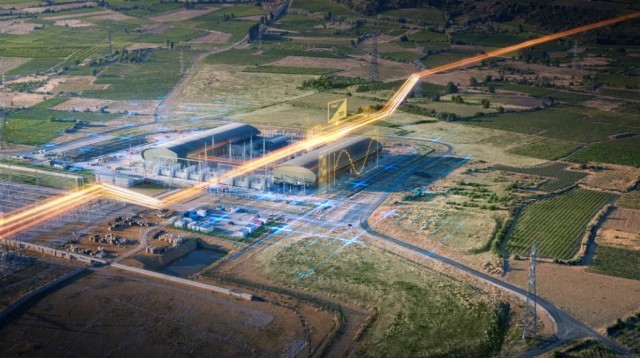 EuroAsia Interconnector, the Cyprus-Greece subsea electricity cable, got the go-ahead this week when energy ministers of both countries co-signed the project’s application for grants from the ‘Connecting Europe Facility’ (CEF), the EU’s energy infrastructure fund.

The interconnector, with an initial capacity to carry 1,000MW, has been included in four successive Union lists for projects of common interest (PCI) since its launch in 2012, and will now lift Cyprus from energy isolation when it is completed at the end of 2023.

This means that energy produced from natural gas reserves in the eastern Mediterranean can be converted to electricity in Israel or Cyprus and transmitted via a high voltage DC cable to Crete, where it will hook up with the Greek national grid and from there to continental Europe.

Recently, EuroAsia announced that it had chosen energy giant Siemens as the preferred bidder to build the converter stations at Kofinou in Cyprus, in Israel and in Crete at a cost of €623 million.

The project developer expressed “particular gratitude” to the President of Cyprus and the Prime Minister of Greece.

It thanked Greek Energy and Environment Minister Kostis Hatzidakis and Cyprus Energy Minister Giorgos Lakkotrypis, “for their full coordination and support to the electricity interconnection which ends the energy isolation of Cyprus, the last energy isolated European Union Member State.”

EuroAsia added: “It remains committed to the timely implementation of the 1208km subsea electricity interconnection that links the electricity grids of Cyprus and Greece through Crete by December 2023.”

It said that as a leading European project of common interest (PCI 3.10), EuroAsia Interconnector is eligible for funding from the CEF for projects up to €8.7 billion.

CEF funding has been boosted by the Commission’s new ‘Green Deal’ which aims to give a push to energy supply from renewable sources, such as solar and wind, as the EU gradually moves away from burning crude oil and relying on non-European suppliers, such as Russia, for its natural gas imports.

Already, the energy regulators of Greece and Cyprus agreed last week that they would set up a joint technical working group, with the participation of EuroAsia and Greece’s ADMIE, that will build the Crete-Attica cable, to ensure interoperability between the two systems.

The EuroAsia Interconnector, together with the EastMed natural gas pipeline, are the only two projects that can lift the energy isolation of Cyprus and are thus deemed as PCIs, making them eligible to funding from the €8.7 billion CEF.

According to reports, both the Israel-Cyprus and Cyprus-Crete interconnections will be ready in December 2023, transmitting 1,000MW and with a design capacity of 2,000MW.

Consultants for the contract are Teshmont Consultants LP, Clifford Chance LLP and Elia Grid International, one of the biggest network operators in the world.

Siemens was also chosen as the preferred bidder for the parallel project, the 1,000MW EuroAfrica Interconnector subsea electricity cable connecting Egypt to Cyprus and then to Europe, which will also be ready by December 2023.