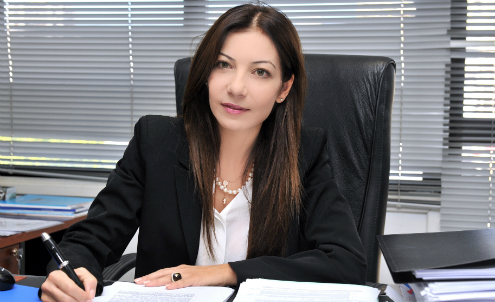 Referring to a decision earlier this week by the financial markets regulator of France to ban Rodeler Ltd, a Cyprus-based and registered forex company, from operating in France due to misleading marketing materials found on the company’s French website, Kalogirou said the incident marked the first time a Cyprus-registered forex company was denied access to a European market by a regulator.

“This decision was made over two sentences of promotional text on the company’s French website, which were deemed misleading, plus a single complaint out of some 10,000 clients,” she said.

“Obviously, each national regulator applies its own rules, but there’s also politics at play. This could well be a message to other players, it could be the French regulator declaring that it is as strict as they get.”

But under no circumstances, Kalogirou added, does this suggest laxer oversight on the part of other regulators.

With regard to the forex industry in Cyprus as a whole, Kalogirou said it boasts 230 firms, with 140, or roughly 60%, engaging in traditional trading and only 90 offering complex – and riskier – financial derivatives.

Given the country’s population and size, the number of such businesses can be considered fairly large.

“Cyprus has managed to become a hub in this business,” Kalogirou said.

“After 2008, when the industry started in earnest, we saw a boom in the field of financial technology, as it’s called. These companies use technology to allow them to attract business from, and take their offering to, any part of the world, via a website.”

As to the reasons it has been so successful in Cyprus – “and the UK” – the CySEC boss attributed the industry’s growth to a variety of reasons, including the fact that the first endeavours in the field were undertaken by companies of Russian and Israeli interests.

“It started here, and it took root here,” she said.

Obviously, she added, there is any number of peripheral factors, including corporate taxation rates and so on, but the key is that “Cyprus has an advantage in terms of the know-how and the technology required”.

“It’s a challenging field that requires a lot of monitoring and oversight,” Kalogirou noted.