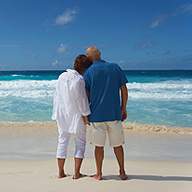 All 112 beaches tested in Cyprus for a recent European report have “excellent” water quality, putting the island at the top of the EU for bathing.

Cyprus, along with Luxembourg, scored full marks in the report, with all 112 coastal bathing sites deemed to have “excellent” water quality. The EU average stands at 78 per cent, showing a two per cent increase compared to the previous year.  Eight other countries have excellent quality values above the EU average: Malta (97 per cent), Croatia (95 per cent), Greece (93 per cent), Germany (88 per cent), Portugal (87 per cent), Italy (85 per cent), Finland (83 per cent) and Spain (83 per cent).

Bathing water monitoring began in the EU following the Bathing Water Directive in 1990. Water samples are taken at the start and end of the bathing season for each bathing water site and tested for concentrations of two microbiological parameters- intestinal enterococci and Escherichia coli (also known as E. coli). The national authorities also need to report each year on short-term pollution events, and events impacting up bathing water quality. Environment Commissioner Janez Poto?nik said: “It's encouraging to see the quality of European bathing waters continuing to improve. But more remains to be done to ensure all our waters are suitable for bathing and drinking and that our aquatic ecosystems are in good health. Water is a precious resource and we need to put into practice all the necessary measures to protect it in full.”

Jacqueline McGlade, EEA Executive Director, said: “From northern fjords to subtropical beaches, Europe is rich in places to cool down in the summer. Today's report demonstrates that bathing water quality is generally very good, but there were still some sites with pollution problems, so we urge people to check the rating of their favourite swimming place.”

Every year, the European Environment Agency (EEA) compiles bathing water data gathered by local authorities at more than 22,000 sites across the 27 EU member states, Croatia and Switzerland, and measures levels of bacteria from sewage and livestock. More than two thirds of sites are coastal beaches, with rivers and lakes making up the remainder. Each annual report is based on data from the previous bathing season, so this year's report is a compilation of data gathered in summer 2012. In spite of the general improvement, this year's report reveals that almost two per cent of bathing sites at beaches, lakes and rivers have poor water quality. The highest proportions of non-compliant bathing sites were in Belgium (12 per cent), the Netherlands (7 per cent) and the United Kingdom (6 per cent). Some of these beaches had to be closed during the 2012 season.

In general, coastal bathing sites score highly, with more than 95 per cent of EU sites meeting the minimum requirements and 81 per cent rated as excellent. In comparison, 91 per cent of bathing waters in lakes and rivers score above the minimum threshold and 72 per cent have excellent quality.

Storm water overflows, caused when sewers cannot cope with heavy rains, are still a problem in some areas, although better water treatment and fewer raw sewerage discharges into the environment have improved water quality. In the early 1990s, only around 60 per cent of sites had excellent quality water, while 70 per cent met minimum standards. Citizens can find out about the water quality at their favourite swimming spot by visiting the EEA's Bathing Water Web Site. The site allows users to download data and check interactive maps. People can also report the state of their local water using the Eye on Earth website.