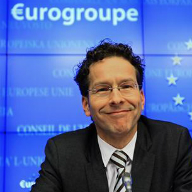 Cyprus has met its obligations for the next tranche, says EU official

By adopting a privatizations bill, Cyprus has fulfilled the prerequisites in order to receive the next tranche of its bailout, a senior European official has said.

According to the official, Eurogroup ministers had already been briefed on the third Troika (EC, ECB, IMF) review of Cyprus’ adjustment programme implementation during their last meeting on February 17. The only outstanding issue was the adoption by the Cyprus Parliament of a privatisations bill.