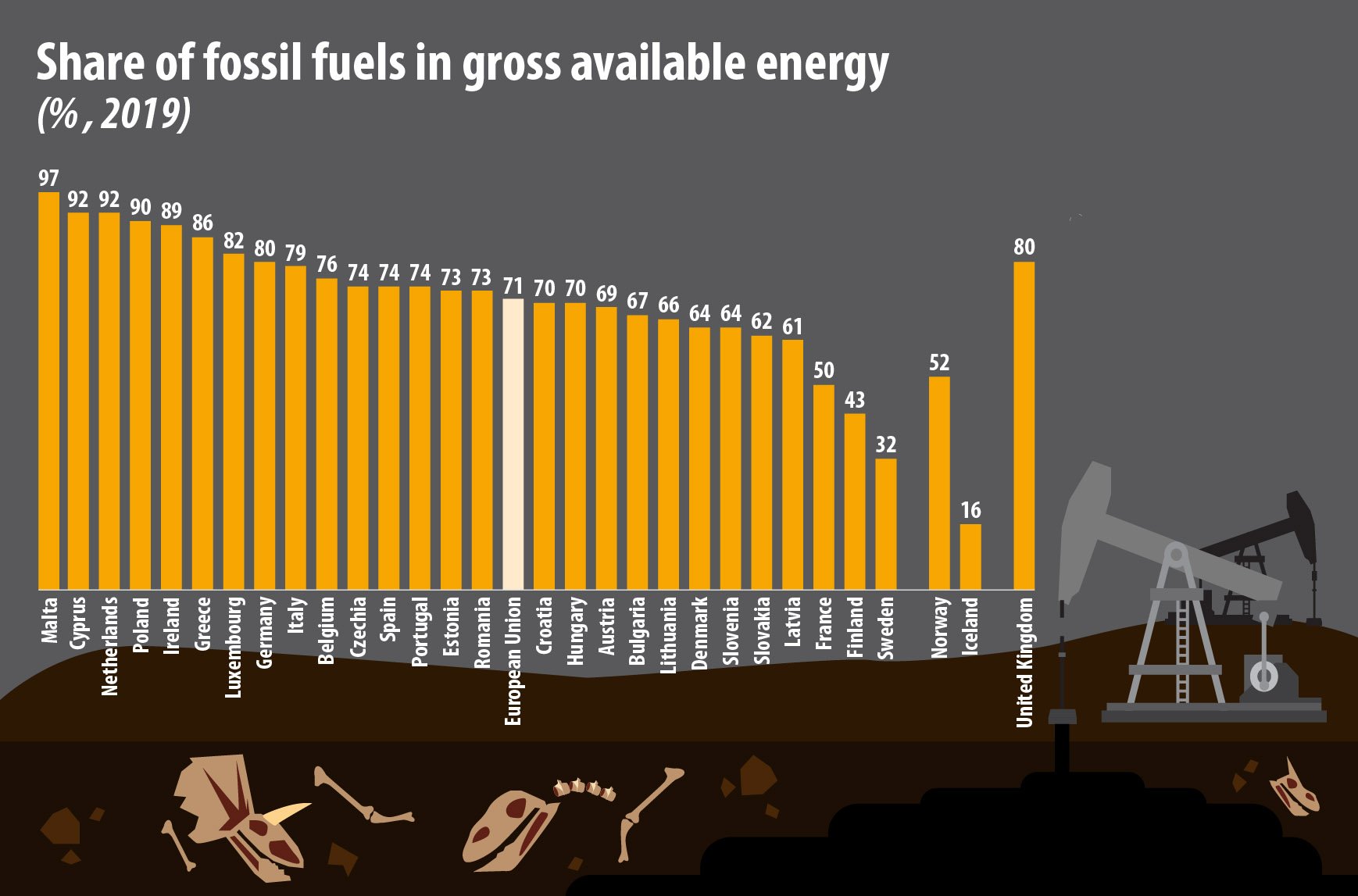 In 2019, Malta (97%) was the EU Member State with the highest share of fossil fuels in gross available energy, followed by Cyprus and the Netherlands, both 92% and Poland with 90%.

“In the EU, we still rely largely on fossil fuels for our overall national energy supply, illustrated by the ratio of fossil fuels in gross available energy,” Eurostat reported.

Comparing 2019 to 2018, only two EU countries, Latvia and Austria, increased their share of fossil fuels in gross available energy, each by 1 pp. Eight countries’ figures, including Cyprus, remained roughly the same.