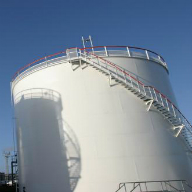 Cyprus’ heavy reliance on fuel imports is highlighted in the latest report by the World Energy Council.

In a report released by World Energy Council, Cyprus ranks 63 out of 129 countries in terms of balancing what is termed the ‘energy trilemma’ – security, affordability and sustainability of energy supplies.

The island’s overall score was BCD; the highest score being AAA, achieved by only three countries – Switzerland, Sweden and the United Kingdom.

Titled ‘Time to get real – the myths and realities of financing energy’, the World Energy Trilemma 2014 report found that “energy security is the weakest of the three energy dimensions as the country is highly reliant on fuel imports and struggles to diversify its electricity generation portfolio away from fossil fuels.”

“Energy equity is Cyprus’ strongest energy dimension, and slightly improves due to comparatively lower household expenditure on electricity. The lower emissions intensity leads to a better environmental sustainability performance in the 2014 Trilemma Index.”

According to the report, fossil fuels account for 97% of electricity generation in Cyprus, the rest coming from renewables.

The report finds that, worldwide, energy systems are being put under increasing strain and governments are limiting their spending, putting in jeopardy the €35 trillion the World Energy Council said is needed over the next 20 years for the energy sector.

There is enough money from the private sector available to meet the demand, if the right policies are in place, the report suggests.