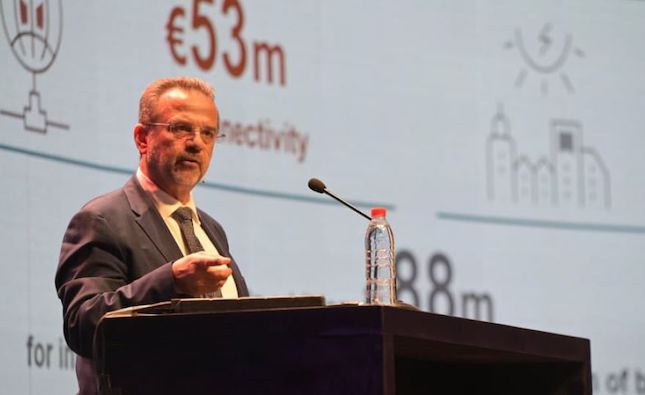 According to an announcement by the Deputy Ministry of Research and Innovation, Cyprus is ranked 10th in the overall ranking, between Germany and France, while it has improved its performance by 38% from 2015 to date, the greatest improvement across Europe, well above the average improvement (10%) of the European Union (EU) member states. It is also noted that Cyprus is one of only two Member States that have moved to a higher category (from the "Moderate Innovators" category), and is the only EU13 Member State (the "new Member States" that joined the EU after 2004) to perform above the EU average.

As mentioned, the European Innovation Scoreboard captures and provides a comparative analysis of the performance of EU Member States - and beyond - in the field of innovation, based on 32 measurement indicators under the headings of framework conditions, investment, innovation activities and impact. Cyprus performs highly on the indicators "Public-private co-publications", "Innovative SMEs collaborating with others", "International scientific co-publications", "Population with tertiary education" and "Trademark applications", while Cyprus is considered the leader in terms of the "Linkages" dimension of the "Innovation activities" section, recording the highest performance with a 77% increase since 2015 compared to 35% of the EU average.

The announcement also includes statements by the Deputy Minister of Research, Innovation and Digital Policy, Kyriakos Kokkinos, who said that this success reflects the targeted reform effort made by the State to develop the sector and establish Cyprus as a center of research, innovation and entrepreneurship, while it is also an indication of the local ecosystem’s huge potential.

"Together we are transforming Research and Innovation (R&I) into a horizontal development pillar. We aim for continuous improvement, in the European Innovation Scoreboard, and beyond. Our goal is to create the prospects that will allow our scientific and business potential to continue to develop their creativity, develop initiatives and become professionally renowned, with long-term and substantial benefits for themselves and for the economy and society of the country", Kokkinos stressed.

In his statements, the Chief Scientist for Research and Innovation, Nikolas Mastrogiannopoulos, stressed that this year's results of the European Innovation Scoreboard "satisfy and encourage us. They demonstrate that the huge effort made in recent years by the entire ecosystem and the stakeholders of the National Research and Innovation Governance System is paying off. However, we are not complacent and are working to strengthen the areas that still need improvements, such as environmental sustainability and the field of Intellectual Property Rights," he added.

"The bar has already been raised very high, with the sector being officially characterized by its great momentum, evolution and progress. Our promise is that we will continue to invest in our strengths in order to face the challenges and together build the Cyprus of tomorrow," Dr. Mastrogiannopoulos concluded.