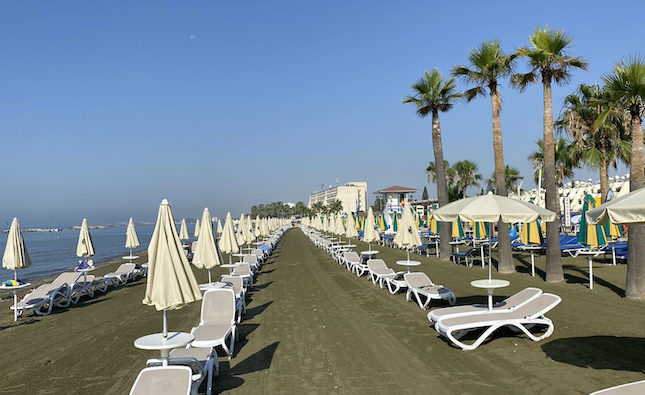 In the last few months, Google searches for tourism-reliant Cyprus topped the respective searches for the island in 2019 when a record 3.97 million tourists arrived for a holiday.

Cyprus Deputy Tourism Minister Savvas Perdios is cautiously optimistic; this is a sign of a good summer despite the setback caused by the war in Ukraine.

Perdios said that despite the difficulties, everyone should “feel encouraged, to feel stronger because, yes, it is a difficult year, but it will not be a disaster.”

Due to the war in Ukraine and the sanctions against Russia, Cyprus’ second largest tourist market, an estimated 800,000 arrivals from these two markets are considered “lost”.

But Perdios said data for Google searches for Cyprus show that “from January to the end of April we are plus 10% compared to the same time in 2019” following the loss from Russia and Ukraine.

“So, after taking that business out from Cyprus, we see a 10% increase in Google searches for Cyprus compared to 2019.

“In April, we saw an increase of 25% compared to 2019 and every week in April; we had 1.5 million Google searches for Cyprus.

“This is bigger than the Google searches per week we saw in 2019 in the month of August.”

Although very important statistics, Perdios said: “This does not mean we will have a better season than 2019; no, this is not what I said; what I said is there is a lot of pent-up demand and a lot of interest for Cyprus.

“So, it is up to all of us to make sure that we work together and deliver a better season than many people expected.

“I am very happy to say that we are improving what Cyprus is, who we are, and our product; this is why we see more demand.”