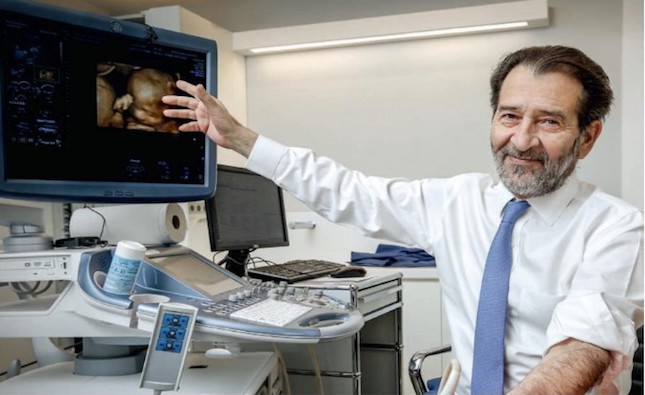 Paphos-born professor Kypros Nicolaides who is worldwide renowned as ‘Father of Fetal Medicine’ will be awarded at noon on Friday the Grand Cross of Makarios III – Cyprus’ highest civilian honour.

President Nicos Anastasiades will carry out the honour at noon on Friday at the Presidential Palace in Nicosia.

London-based Dr Nicolaides, who was recently featured on new Netflix series The Surgeon’s Cut, was born in the coastal city in 1953.

He studied medicine at King’s College London and then became Director of the Harris Birthright Research Centre for Fetal Medicine, the first fetal medicine unit in the UK.

Whilst there, he created a research and educational programme that saw King’s College Hospital become a global hub in the field of fetal medicine, with thousands of doctors visiting from across the world.

He was recently elected to the US National Academy of Medicine of the USA, one of the highest honours in the fields of health and medicine.