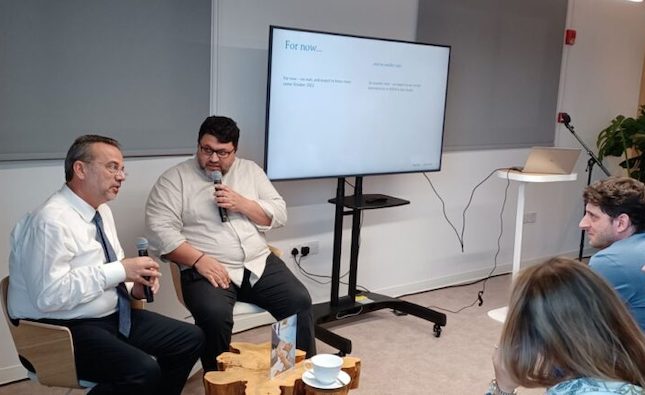 The government wants to exchange expertise with Estonia to benefit from its expertise in the implementation of digital transition projects, deputy ministry for innovation and digital policy Kyriacos Kokkinos said on Monday.

He was speaking ahead of President Nicos Anastasiades’ upcoming two-day visit to Estonia on Wednesday.

While there, a Memorandum of Cooperation will be signed between Cyprus and Estonia with the aim of strengthening the government’s efforts towards implementing reforms in the field of digital transition.

“The government’s goal through this visit and the forthcoming signing of the memorandum between the two countries is the transfer of expertise from Estonia to Cyprus in matters of digital transformation projects, which are currently being implemented,” Kokkinos said.

Estonia is one of the pioneers in the field of e-government, “which is essential and very high on our list of priorities as a state,” he added. “We have made many leaps and bounds in the last two years through developing bonds with Estonia, as well as other countries such as the United Kingdom, Germany and recently also with Greece”.

The goal of Cyprus is to accelerate e-government so that citizens and businesses are served online in a digital environment that is friendly, easy to use and with a holistic approach, Kokkinos said.

Speaking on the existing relations between Cyprus and Estonia in the context of the digital transition, the deputy minister said that the two countries have previously signed a memorandum of cooperation in 2016.

This collaboration is going up a notch, becoming more formal, productive and comprehensive with specific action areas in cybersecurity, planning a holistic life cycle of digital public services and the exchange of know-how between experts on e-government specific projects.

This will be implemented through a sort of Erasmus programme but for experts, he said. “People from Cyprus can go to Estonia for a period of time to gain expertise and people from Estonia can come to Cyprus”.

Kokkinos said that while Cyprus has a lot of work to do in e-government, Estonia can also learn some things from Cyprus, mainly in registry matters and town planning.

On Wednesday, he will accompany Anastasiades to Estonia along with government spokesman Marios Pelekanos and a delegation of officials.