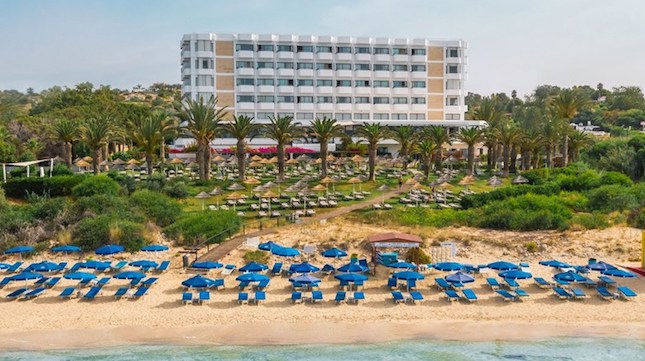 Hotels across the island are opening their doors this week, offering discounts to Cypriots, following the easing of lockdown that banned hotel stays for residents.

Aided by a state incentive scheme, hoteliers will hope to lure in Cypriots holidaymakers while foreign tourists are scarce on the ground.

The Deputy Ministry of Tourism has extended till the end of June a discount scheme for local tourists, offering hotel stays at a maximum of €60 per night, with the state subsidising 35% of the cost, the guest pays €39.

The Cyprus Hotel Association has welcomed the initiative, noting interest from Cypriots to take advantage of domestic tourism packages.

In comments to the Financial Mirror, Cyprus Hotel Association head Filokypros Rousounides said Cypriots are making enquiries about whether hotels will open this month.

He said building momentum with Cypriot tourists would need “a show of goodwill from everyone”.

Rousounides referred to Cypriots’ obligation to carry a “safe pass” to book a stay at a hotel or dine at local restaurants.

Following the lifting of the lockdown, authorities require Cypriots to carry proof of a negative coronavirus test, proof of being vaccinated with at least one dose a minimum no earlier than three weeks or proof of contracting the virus within the past six months.

The island hoped to be on the UK’s green list that would signal mass arrivals from its biggest tourist source.

Cyprus is hoping to be placed on the list in June, which would mean Britons will not have to self-isolate on their return home.

Rousounides believes the high number of rapid tests is to blame for Cyprus being left out.

“If this excessive number of rapid tests were limited, Cyprus would be in the green category from Britain, which is our main market, meaning that Larnaca airport would have 30 flights a day from Britain alone.

“Because we can freely accept those tourists who have been vaccinated, but they will have a problem when they return to their country.”

Cyprus is currently in the UK’s amber category, a notch below green.

“Our hopes for a decent season lie with improving our epidemiological data and being placed on a green list, especially the UK, which is our largest market.

“We are still in the game, though, as the majority of rival destinations are also in the amber or the red like Turkey,” said Rousounides

He expects to see tourists from the UK in early July.

Michaelides welcomed the government initiative, noting it will allow the hotels to come online gradually.

In Famagusta, hotels are ready to welcome local tourists, with 35 opening their doors this month.

“The incentive scheme is a great opportunity to get ready for the high summer season, enticing local tourists with extremely attractive prices,” said Takas.

Five-star hotels in the scheme: