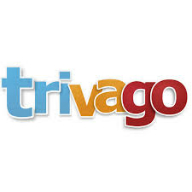 Hotel prices in Cyprus have dropped to the lowest average price per night since January 2011, according to the February trivago Hotel Price Index (tHPI), reported monthly by hotel comparison website trivago.co.uk.