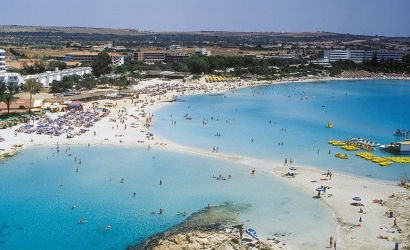 Two of the best 20 hotels in Europe to spend time in September are located in Cyprus, according to The Times newspaper.

The paper looked at the best places to book now, when, as they say, “temperatures will still be high but prices are low”.

The first Cypriot hotel the paper recommends for a September holiday is the Columbia Beach Resort in Pissouri Beach. The hotel, built in traditional Cypriot style, is described as “garden-rich” and having “strong fly-and-flop credentials, with a vast pool, four restaurants and an opulent spa with Elemis treatments.”

According to the paper, while it is popular with families in school holidays, in term-time its suites and their surroundings are considerably quieter and packages fall in price.

The other local hotel on the list is the Constantinou Bros Asimina suites hotel in Paphos, an adult-only accommodation.

“There’s a spa, a pool surrounded by cabanas and a choice of tableclothed restaurants serving classic Cypriot food.”

Hotels in Greece on the list of recommendations are located in Mykonos, Pelion, Naxos and Paxos.

Last year, when the British daily published the best hotels to stay in September no places in Cyprus were included in the top 20. Five hotels in Greece were on the 2017 list, two of them in Crete, one in Pelion, one in Kefalonia and one in Parga.

I-escape, in their own words “the boutique hotel and hip hideaway experts”, also feature ‘European hideaways for late summer sun’ on their blog, and Cyprus is the first of their four choices, the others being Portugal’s Algarve, the Aegean coast of Turkey and Kefalonia in Greece.

They suggest families with young children stay in the Almyra hotel in Paphos where “every detail is geared towards family relaxation”. There is a kids’ club to look after the little ones while the adults can enjoy the spa.

Their other choice for Cyprus is Apokryfo in Lofou, which they say is quite simply their favourite guesthouse on the island.

“This collection of suites and houses is enchanting. There’s a bijou turquoise pool, a candlelit restaurant serving superb Cypriot dinners and a rooftop bar with bird’s eye village views.”