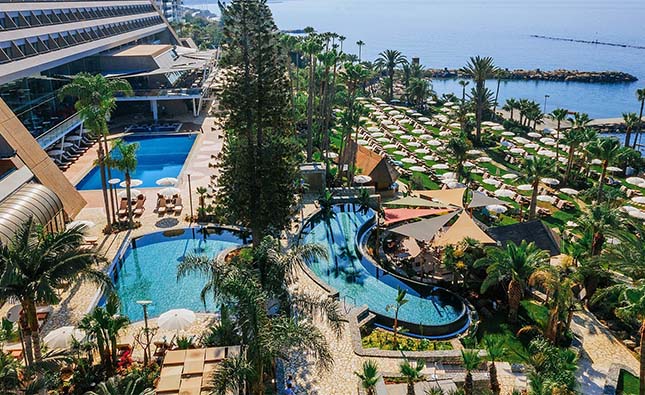 April is the month in which the first bookings of tourists from Israel to Cyprus are set to begin. Although large flows of tourists to Cyprus are not expected at that time, it is clear that those tourists who will come will be needing tourist accommodation.

They will however have to choose between the few hotels that remain open, or even the individual ones that will resume operation by April, since all hoteliers aren’t planning to reopen their doors before May at the earliest.

Hoteliers aren’t expecting tourist traffic to reach satisfactory levels before May, while no developments have marked the domestic tourism landscape, as recent attempts to persuade the Health Minister to lift certain restrictions have failed. Hotels currently operating in all cities are few and with minimal occupancy.

Meanwhile, all eyes have now shifted to the British market, which is expected to open after May, while the resumption of connectivity with Israel won’t be showing any substantive impact before June. Until then, hoteliers are calling for the expansion of existing support packages so that they can be able to open before the end of May and retain their staff.

"Since there are no bookings in the major tour operators before May, hoteliers see no reason to open. Our request is to extend the support plans at least until May so that we can save employment,” the general director of Association of Cyprus Travel Agents Chrysaimili Psilogeni. At the same time, the Cyprus Hotels Association is expressing concerns about whether hotels will be able to open before the end of May, which will make the summer season quite difficult.

The general manager of the Association, Philokypros Rousounidis, told Kathimerini Cyprus that the aim is for the hotels to start operating from the end of April, but such a thing is impossible without the extension of the support measures of the Labour Ministry. "It would be a good idea to extend the support of the employees until the end of June", so that, as he said, the hotel units can open as soon as possible and return all staff to their positions, in order to make the appropriate preparations for the summer.

Rousounides said a substantial increase in tourist traffic is expected from the end of June onwards. According to the information obtained from major travel agents, there is interest from all our major markets, such as Great Britain, Russia, Israel, Germany and Scandinavian countries. The hoteliers' request has been relayed to the Labour Ministry, although no formal discussion has taken place. It is expected that in the coming days there will be a meeting between the two sides.

At the last teleconference between the Minister of Health and hoteliers' associations held a month ago, during which the request for opening the hotels for the domestic market was made, the Minister's answer was negative. Another piece of information was also given. The Ministry seems to be oriented towards opening the hotels together with the catering sector, which is not expected before mid-March.

Britain is not expected to open international travel until May 17, according to Prime Minister Boris Johnson. Data from the major travel group TUI is rather encouraging for Cyprus, since it ranks Cyprus second in the preferences of British tourists. At the same time, the latest announcement by the British government to lift travel restrictions on May 17, has seen holiday bookings skyrocket. In fact, TUI announced an increase of 500% overnight while Thomas Cook increased by 100%.

These increases are particularly positive for Cyprus, since according to the company bookings are mainly towards Greece, Cyprus, Mexico and the Dominican Republic. For Cyprus in particular, Johnson’s announcement, there was an increase in bookings for July, August and September. An increase in flows from Israel is also expected in the meantime, while the landscape for the Russian market will remain cloudy until the Russia-developed vaccine is authorized by the European Medicines Agency. Of course, all estimates and reservations can be differentiated at any time, subject to pandemic developments and vaccine efficacy.