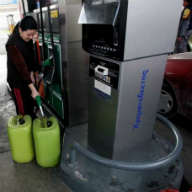 Cyprus in hot water with EU over oil stocks

The European Commission decides to refer Cyprus to the ECJ for failing to adopt EU laws on minimum oil reserves – the same day the energy ministry tabled the relevant bill before parliament, a year late.

Cyprus has failed to transpose the Oil Stocks Directive from 2009 which requires member states to maintain minimum stocks of crude oil and petroleum products to ensure security of oil supply in case of possible disruptions. The deadline for member states to transpose the directive was December 31, 2012. EU Energy Commissioner Günther Oettinger said: “It is essential that European businesses and households have energy available at all times. Given the importance of oil in the EU’s energy mix, it is vital to guarantee consumers’ access to petroleum products even in case of a supply crisis.”

Following Cyprus’ failure to transpose the relevant EU directive into national legislation, the Commission sent a letter of formal notice to Cyprus in January 2013 and a reasoned opinion in June 2013. Despite the two infringement proceedings initiated by the Commission, Cyprus had failed to notify the EU body of any transposition measures. According to an energy ministry source, however, the relevant bill was sent to parliament for discussion on that same day. It was not clear whether the timing of the bill’s tabling before the House of Representative had anything to do with the legal proceedings being launched against Cyprus. The source would not elaborate on the reasons behind the delay.

A Commission press release said it did not rule out referring other member states to the EU Court in the coming months for delays in adopting the security of supply directive. The Commission notes that oil is the most important fuel in the EU energy mix. In the case of Cyprus the share of oil in the gross inland consumption in 2011 was 95%, compared to 35% for the the EU as a whole. It further notes that 85% of the oil consumed in the EU is imported. “With decreasing indigenous production this dependency is expected to increase further, exposing the EU to disruptions in the global oil market,” said the Commission. The Oil Stocks Directive requires member states to maintain stocks of crude oil and/or petroleum products equivalent to at least 90 days of average daily net imports or 61 days of average daily inland consumption, whichever of the two quantities is greater.

“The latest directive brings the EU system of oil stocks closer to current international practices and strengthens the EU’s capacity to use stocks effectively so as to minimise negative effects on consumers in case of a supply crisis,” adds the Commission. According to sources within the Cyprus Organisation for Storage and Management of Oil Stocks (COSMOS), despite the fact the EU legislation has yet to be adopted into national law, Cyprus more or less complies with the directive in terms of maintaining reserve stocks for internal consumption.

COSMOS has recently prepared a study for Cyprus to develop its own storage terminal on the island, in an effort to reduce the cost of complying with the EU directive on security of supply.