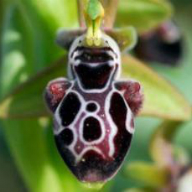 The European project PLANT-NETCY, was recently selected after evaluation by the European Commission as one of the ten best projects across Europe co-funded by the European LIFE programme and completed in 2013.

The European LIFE programme is the principal financial instrument of the European Union to strengthen Member States efforts in nature conservation and protection of the natural environment in Europe.

The project PLANT-NETCY ('Creating a Network of Micro-Reserve Plants in Cyprus for the Conservation of Priority Species and Habitats') belongs to the category of works LIFENature, which focuses on halting the loss of biodiversity of the old continent.

The success of the PLANT-NETCY project is mainly due to the innovations implemented by the project and the excellent cooperation between partners: two government agencies, the Department of Environment and Forestry Department (Ministry of Agriculture, Natural Resources and Environment), two academic institutions, the Nature Conservation Unit - Frederick University and the Department of Biology - University of Athens and two non-governmental agencies, the Cyprus Federation of Environmental Organisations and the Development Programme of the United Nations UNDP-ACT.

The scientific coordinator of the project was the Director of the Nature Conservation Unit of the Frederick University, Dr Costas Kadis, who has since been appointed Education Minister. The project budget was approximately €1.5 million, with the LIFE programme financing 69% of the total budget. The rest was funded by contributions of partner bodies.

These plants and habitats are shown only in Cyprus (endemic/s) and are protected by the Habitats Directive (92/43/EEC). To achieve this objective, the project adopted the approach of Plant Micro-Reserves (PMR), to continuously monitor and implement targeted measures to maintain the populations of four plants of both habitats.

The PMR are a total of five and are located in four regions of the European network of protected areas Natura 2000 (Mitsero, Cedar Valley - Kampos, Akamas Peninsula and the region of Asgatas). Important aspects of the PLANT-NETCY projects were the intense efforts to raise awareness among local communities in relation to their goals, and controlled public participation in selected conservation activities.

The Nature Conservation Unit (University Frederick), within the framework of the organisation and implementation of conservation activities, participated in various events and awareness raising on environmental issues relating to pupils and students, teachers, scientists and researchers, citizens with special interests (rural tourism, arts) and NGOs.

An important achievement of the project was the integration of educational activities related to the PMR approach the official ‘Application Guide Curriculum on Environmental Education - Education for Sustainable Development’ for teachers of Primary Education.

The award ‘Best LIFE Nature project’ is recognition by the European Commission for the efforts made through the PLANT-NETCY project to preserve the natural heritage of Cyprus and Europe. The awards ceremony will take place in Brussels on April 29.