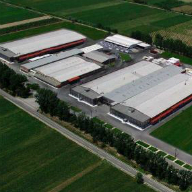 Cyprus' Index of Industrial Production up in March 2016

Manufacturing output is up year-on-year in March 2016 according to the Cyprus statistical service in an announcement recently.